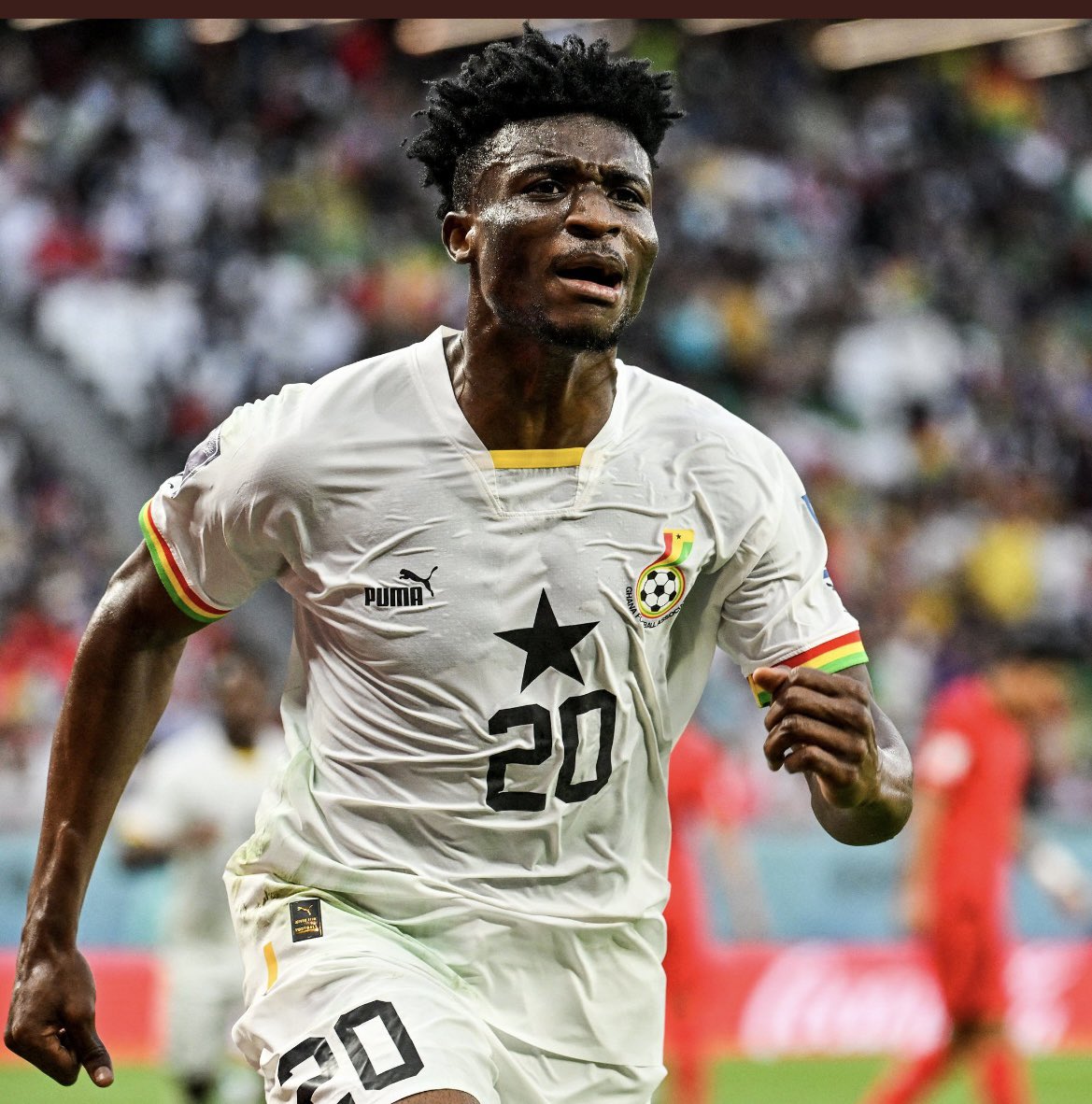 The Black Stars of Ghana produced a magical performance in a 5-goal thriller at the Education  City sports stadium on Monday afternoon as they defeated South Korea by 3-2 in their second group game.

Otto Addo made three changes to the side that lost 3-2 to Portugal on the opening day.
Tariq Lamptey came in to replace Alidu Seidu at right back with Gideon Mensah being preferred to Baba Rahman at Left back while Jordan Ayew was given the nod to join Andre Ayew and Inaki Williams in attack.

South Korea dominated the early 20minutes of the game with several attacking threats but it was Ghana who broke the deadlocks of the game in the 24th minute through Salisu Mohammed.
The Southampton centre back pounced on a lose ball in the 18yard box and slotted home his first ever world cup goal for the West African giants.

The first half ended with Otto Addo's men leading with a 2goal advantage.

The Jeonbuk Hundai fc attacker finally got into the box to connect home a cross from the right side to pull one back for the tigers.
Cho, two minutes later grabbed the equaliser for Korea after heading the ball into the net to pile more pressure on the Ghanaians.

Kudus restored Ghana's lead in the 68th minute to hand Ghana their first victory of the competition.

Ghana would now shift attention to their last group game against Uruguay on Friday, with the hope of grabbing a victory to advance to the next round and also as a revenge for the painful elimination in the 2010 edition.