Football - Ajax: Andre Onana is back 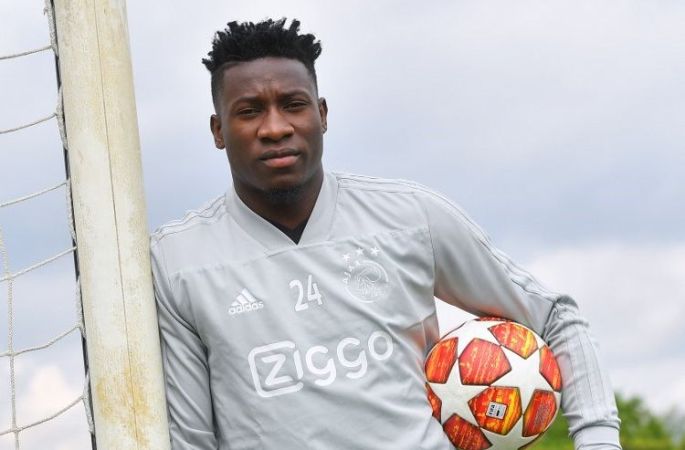 Football - Ajax: Andre Onana is back

Great news for the former Barcelona keeper. Andre Onana is back and can begin playing football soonest.
Andre Onana has been sidelined for some time due to a UEFA suspension for doping, but he is beginning to see the light at the end of the tunnel. The Cameroon international has been cleared to resume collective training with his club by the Court of Arbitration for Sport. However, the Ajax Amsterdam goalkeeper will only be able to return to competition at the beginning of November.

The decision is a breath of fresh air for the Cameroonian goalkeeper, but he has not forgotten the difficult times he has had since his suspension. "Life has taught me that it doesn't matter what others think, the important thing is to value who you are, what you do and how you feel. Our greatest glory is not in never falling, but in getting up every time we fall. What doesn't kill me makes me stronger. I'm back," he posted on his Instagram account. These words speak volumes about the pain felt by the 25-year-old goalkeeper.

As a reminder, Andre Onana had been suspended for 1 year by UEFA for anti-doping rules violation since last February. After appealing, the Cameroonian saw his sentence reduced by 3 months.

A huge sigh of relief for Ajax Amsterdam but an all important one for the Indomitable Lions of Cameroon who have greatly missed Onana in goal. The player has already missed important games for the 2022 World Cup qualifiers with Cameroon who risk not making it to the final round. Cameroon lost to Ivory Coast 2-1 and earlier beat Malawi 2-0 last week. The indomitable Lions were really marred by a defensive and keeper problem especially against Ivory Coast. Hopefully by November when the player can resume competitive football, he will be called up for Cameroon.