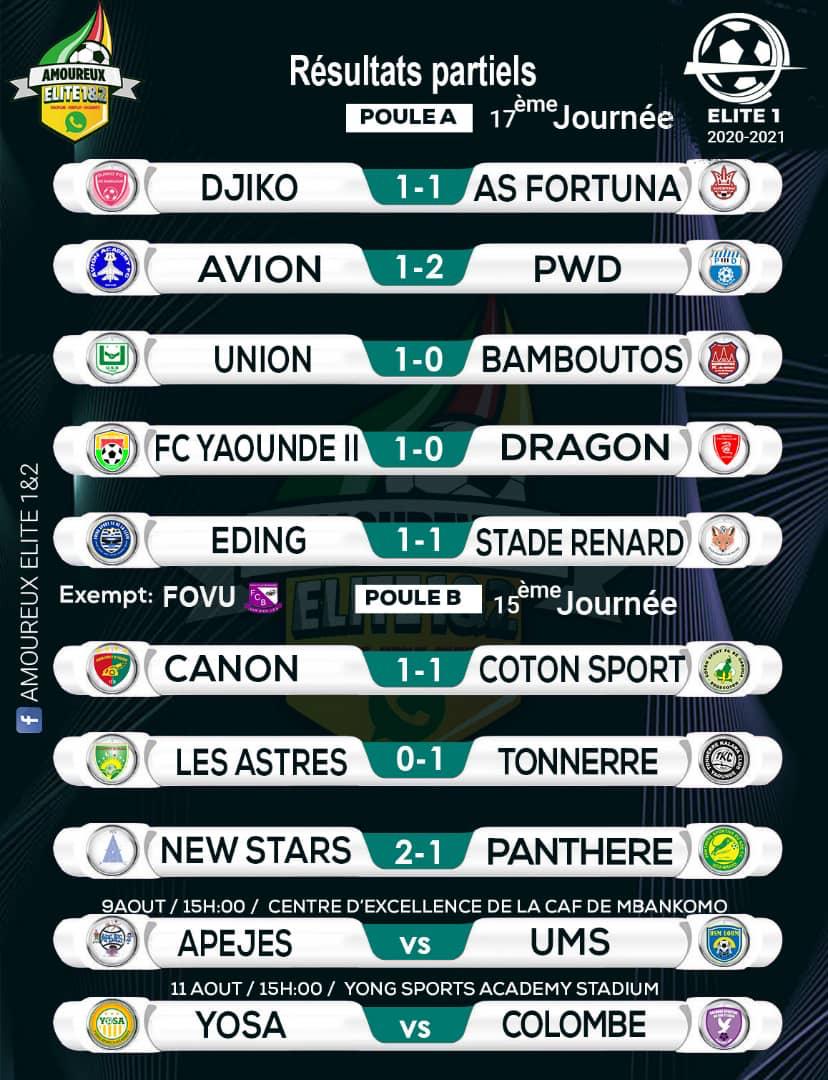 After a second forced break, the Cameroon Elite 1 championship resumes with some key matches played and of course quaking results recorded. Clearly the sporadic interruptions of the championship has been affecting some clubs adversely. Results can not be consistent for some while others are taking advantage of the situation to better off their league standings.

In Bafoussam, Djiko Fc were held to a 1-1 draw by visiting AS Fortuna from Yaounde.

Avion Academy failed to make use of the home advantage as they dropped all 3 points against the current champions PWD of Bamenda. The game ended 2-1 in favour of the Abakwa Boys who have also qualified for the finals of the 2021 edition of the Cup of Cameroon.

At the Japoma Sports Complex in Douala, struggling Union of Douala over turned the tables against their noisy rivals Bamboutos of Mbouda on Sunday. In the build up to the game, supporters of Bamboutos promised to hit the final nail on Union's coffin. Football is not an off the pitch sports, Union beat Bamboutos 1-0 to to regain her pride.

Pool B was highlighted by the grand classico in Yaounde on Sunday. Local side Canon hosted Coton Sport of Garoua. The visitors opened scoring through striker Tombi early in the game. The player had the chance to further punish Canon but saw his penalty saved. Canon came in stronger in the second half of the game and found a late equalizer from a deflected shot. 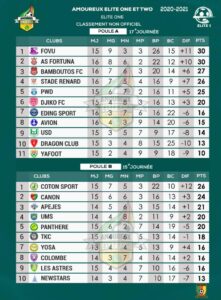 Cup of Cameroon finalist Astre of Douala has had a mixed run of form, epitomizing inconsistency. The team bowed to visiting Tonner of Yaounde 1-0.

Strugglers Newstars of Douala recorded a second win in a bounce, seeing off Panthere of Nde 2-1

The other pool B games will be played as follow; Monday August 9, Apejes vs UMS