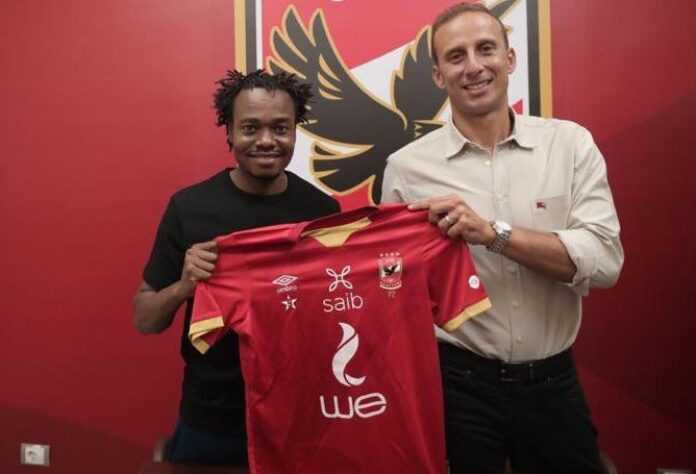 Percy Tau is a new player for Al Ahly. The Egyptian club has made the striker's arrival official. The striker comes from Brighton in the Premier League. The transfer was made for 3 million euros.

During his presentation on the official website of the club, he also went into more detail about his signature. "Al Ahly have been interested in me for some time. It's a dream come true. I cherish this moment," said the Bafana Bafana.

The South African striker will now have the opportunity to play for one of Africa's biggest clubs. The Egyptian giants are also the defending Champions League winners.

Special relationship with coach Pitso Mosimane
Percy Tau will be reunited with a coach he knows well at Al Ahly. It is his compatriot Pitso Mosimane. The technician had already had him under his command at Mamelodi Sundowns.

His presence on the Egyptian bench was therefore decisive. "Everyone played a role in my coming to Al Ahly. I know the coach very well. I always enjoy being with him. He has a hunger to win. Then Mosimane works hard. We are almost similar. He wants to win. I always want to win. There is affection between us. He knows that I am very affectionate. He is also committed to the players.'' said Pitso.

Objective: To win trophies
Percy Tau returns to Africa and the South African is not a tourist. He came to win major trophies. "Coming to Al Ahly means you have the chance to win the league, the CAF Champions League and win the CAF Super Cup. You also have the chance to play in the Club World Cup. All this motivated my signature.'' he said.