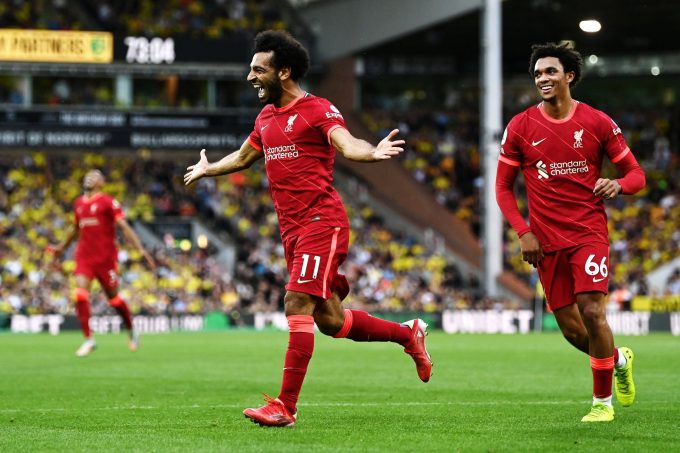 One of the fastest player on the pitch, Egypt's Mohamed Salah is steadily scripting his name into the top echelon of the world's toughest football leagues. The Liverpool player is the second African in history to score 100 goals in the English Premier League. He completes his landmark later Sunday evening as Liverpool beat Leeds United away from home 3-0. Salah opened scoring 20 minutes in the game.

Sadio Mane scored Liverpool's third goal and his 99th in the Premier League, another African knocking on the 100 landmark.

Salah has actually scored 98 goals for Liverpool and the other two goals were scored in his first Premier League attempt with Chelsea football club of London.

'' It is always difficult for a winger to score as many goals especially in the English top flight, but I have always been focused on scoring regardless of my position and the most important for me is that I score and the team wins'' Salah said immediately after their victory against Leeds.

Mohamed Salah is the 5th fastest player to reach 100 goals. The number 11 of Liverpool reached it for his 162nd game in the league.

Fastest Top 5 players who have reached 100 goals the in the PL:

In the 25 seasons of the Premier League, there have been fantastic displays of skill in every position, but a special group of players hold the accolade of scoring a century of Premier League goals. The first African being Didier Drogba.