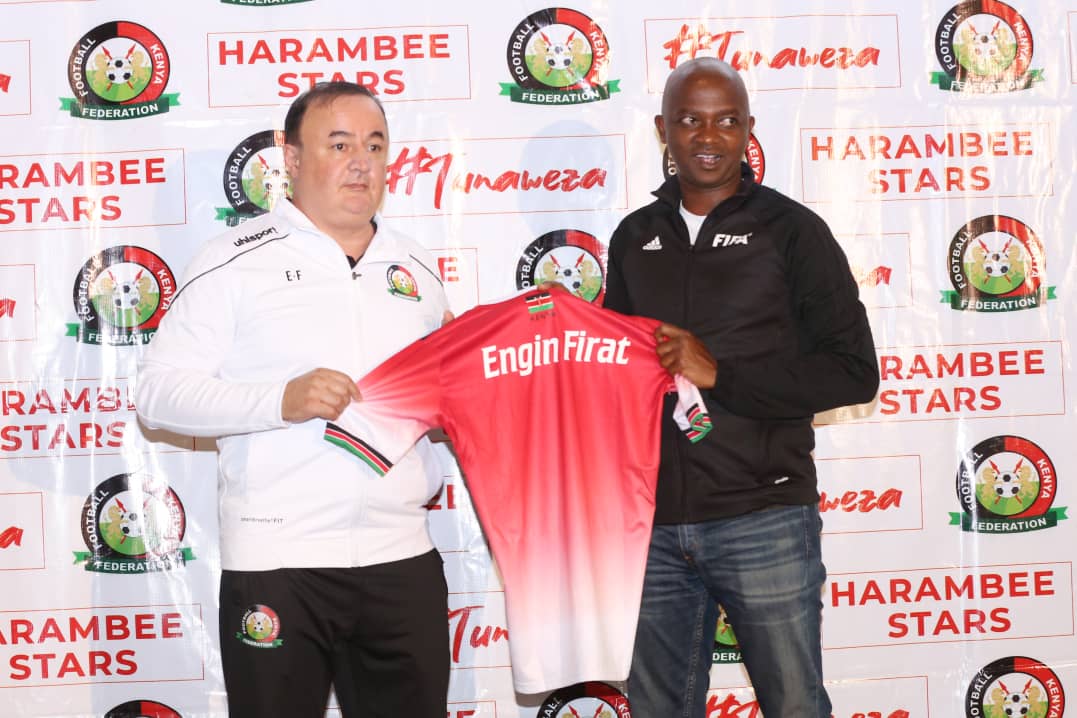 The Football Kenya Federation (FKF) unveiled the Turkish born coach on Sunday, a few days after they parted ways with Jacob ‘Ghost’ Mulee.

“I am motivated and excited about the challenge. I am confident that we can get the positive result we desire in this qualification campaign,” said the coach.

Engin who was until recently in-charge of the Moldova national team has signed a short two month contract to handle the Harambee Stars for the next matches in the FIFA World Cup 2022 qualifiers.

His first assignment will be a double header next month against Group E table leaders Mali away and home early next month. Kenya are second in the group after their goalless draw against Uganda and another 1-1 draw away to Rwanda. His contract will reportedly be extended based on how the team performs.

The new coach will be assisted by Kennedy Odhiambo and William Muluya, while Jerim Onyango is the new goalkeeping Coach.

FKF President Nick Mwendwa said they were happy to have an experienced coach.  “We are impressed by his professionalism. He’s one of the best in Turkey and we want to work with him in our Qatar 2022 (FIFA World Cup) project,” said Mwendwa.

Coach Engin holds a UEFA Pro Coaching License and was most recently attached to the Moldova National team.

He has previously had coaching stints in the Iranian Super League with Saipa, Folad Tabriz, and Sepahan, as well as the Iranian National Team.