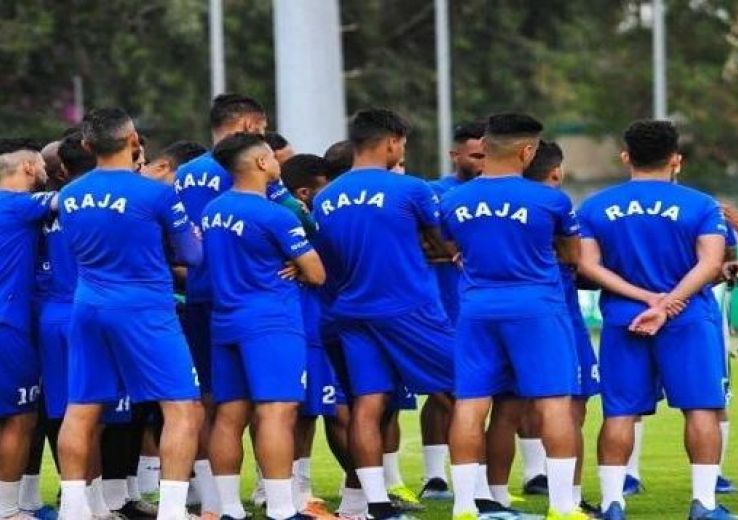 In the midst of preparing for the 2021-2022 season, Raja Casablanca players began a second consecutive day of strike action on Wednesday to demand their unpaid wages.

A very rare situation at Raja Casablanca. After a first day of strike on Tuesday 10 August to demand the payment of their salaries, the players of the Moroccan club did it again on Wednesday 11 August.

A strike that comes at a crucial time if we know that the Raja delegation should fly to Italy this Friday, August 13. A trip that is part of a friendly match against AS Roma of Mourinho, on Saturday at the Stadio Olimpico.

In view of this context, Raja Casablanca's directors will have to quickly find a solution to this situation, which seems to be getting worse by the day. It should be noted, however, that the Greens are currently going through one of the worst financial crises of their existence.

To get out of it, they had to sell two of their best players: Ben Malango to Al Sharjah (3.3 million euros) and Soufiane Rahimi to Al Ain (2.8 million euros). Both clubs are in the United Arab Emirates.

Raja are also hoping to win the Mohammed VI Cup, which would provide them with a substantial bonus of 5.6 million euros. However, the club will have to beat Al Ittihad, the other finalist, on 21 August.