Football - Serie A: Osimhen, Amrabat and Ekuban all set for the new season 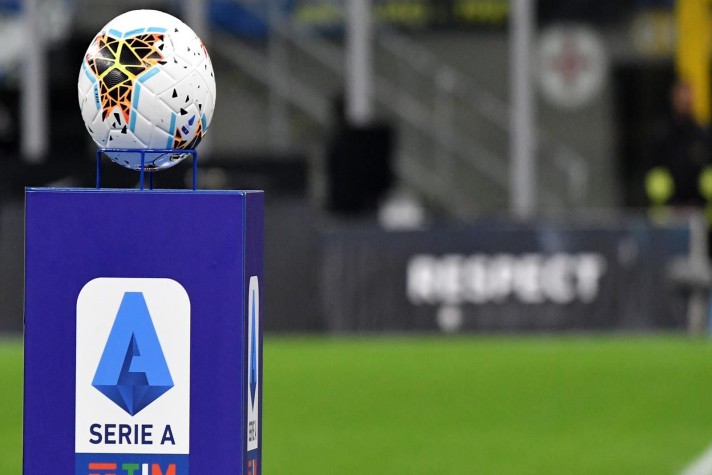 Football - Serie A: Osimhen, Amrabat and Ekuban all set for the new season

Serie A is the last of Europe's major leagues to kick off its season on Saturday 21 August. Three African players to watch.

Italian Serie A gets underway on Saturday 21 August.

Victor Osimhen: Putting things right
His record transfer price of €80 million has caused controversy. At Lille, his former club, with the affair of the financial arrangement involving the ex-president of the club, Gerard Lopez. At Napoli, too, the arrival of Victor Osimhen in the 2020 summer transfer window has raised doubts about his market value. 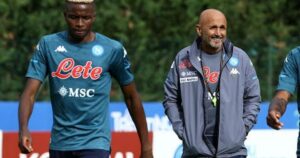 The latter wanted to rely on his new recruit to densify an attack that was already looking good (Mertens, Insigne...). The former Napoli coach appreciated the Nigerian's unique profile. He is young (22 years old), lively, fast, capable of being a support, playing up front and animating the flanks. Not to mention his skill in front of goal.

Unfortunately for the Italian coach, Osimhen has not been able to shine consistently under his command. The former Losc striker was out for almost four months. At the end of the season, he had only scored ten goals and provided three assists in 27 matches, 24 of which were in Serie A. Before packing his bags, Gattuso admitted that the Super Eagle was far from his best. It was probably a polite way of expressing his disappointment.

After his farewell to the former Napoli coach, Victor Osimhen will have to impress the new one, Luciano Spalletti. He will have to be more efficient and thus contribute to the restoration of his club's reputation, which has not made it into the top four of the Calcio, which qualifies for the Champions League. Only then will the 2015 World Youth Championship winner and top scorer be able to win the hearts of the tifosi and hope to make them forget his price tag.

Sofyan Amrabat: The "Lion" of the midfield

His roar in a Fiorentina shirt has more than once scared off his opposite numbers in midfield during Serie A matches last season. With his large volume of play, he was able to multiply his efforts. With or without the ball. He was always on the ball, and he hindered his opponents' progress by picking up almost every ball.

Sofyan Amrabat's first season at Fiorentina was a success. This season he will be under the command of a coach, Gattuso, who wanted to recruit him from Napoli. The Italian coach could make the Moroccan midfielder a key part of his plans to return Fiorentina to the top half of the table.

Sofyan could therefore take a new step forward in Calcio. His brother, Nordin (Galatasaray), is convinced of this. Especially with the former Azzurri midfielder as coach.

After his operation for pubalgia which deprived him of the preseason, the 25-year-old is ready to go back for more. If he continues his good form from last season and competes for Morocco at the 2021 African Cup of Nations, Sofyan Amrabat could, if he succeeds, catch the eye of the big clubs. 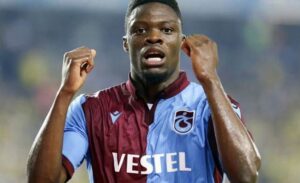 He will be seen in the colors of Genoa this season. The Ghanaian Caleb Ekuban could even be the starting striker for the Genoa club. After a successful season at Trabzonspor in Turkey, with 10 goals and 4 assists, the former Chievo Verona player seems sharper than in previous seasons in Serie A.

The 27-year-old striker, who started out at Verona, had been on loan for a number of years but never made the grade in Calcio.

Genoa will be without striker Shomuroduv, who has left for Roma, and will not be able to rely on the ageing Macedonian Goran Pandev (38) this season. Caleb Ekuban, bought for 2 million from the Turkish club, has a great card to play to make the duo forget their 15 goals last season. And finally launch his career in a major European league, after a furtive spell at Leeds between July 2017 and August 2018.