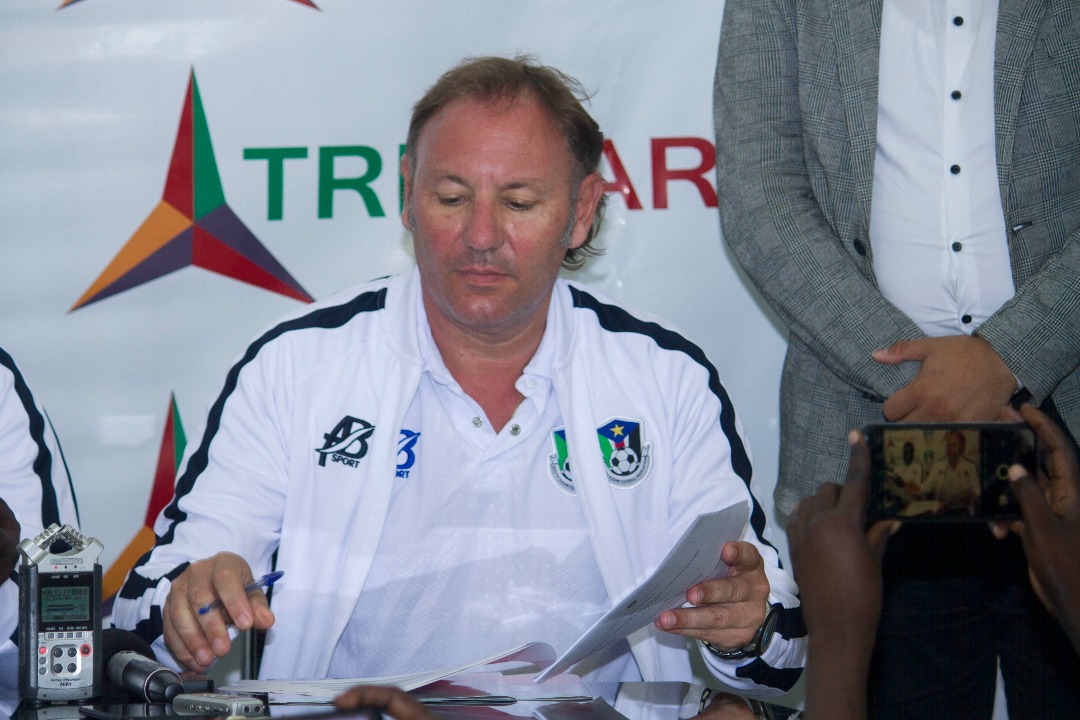 Cusin, a 52-year old Italian coach was unveiled at the SSFA headquarters in Juba, South Sudan.

“We are very happy to bring an experienced coach who has worked in several continents. We are starting a new project and we believe Cusin will add a lot of value to the project,” SSFA President Gen. Augustino Maduot Parek.

“ I am happy to be in South Sudan and I am confident that we can work together to get good results,” said Cusin.

The Italian who has handled teams in Cameroon, Congo and Libya within the African continent will immediately start his work by preparing the team ahead of a 4-Nations mini tournament slated for October 6-12th in Morocco.

The hosts Morocco will field their B side since the senior side is preparing to face Guinea Bissau in a FIFA World Cup 2022 qualifier. The other teams that have been invited include; South Sudan, Gambia and Sierra Leone.

The Italian takes over from Cameroon’s Ashu Cyprian Besong who was in-charge since 2019, but his contract was not renewed three months ago. Cusin who is very experienced has also coached in France, Italy, Bulgaria, England, Saudi Arabia and United Arab Emirates. He was assistant manager with Wolverhampton Wanderers in the Football League Championship of England between 2016-2017.

South Sudan was first recognized by FIFA and the Confederation of African Football (CAF) in 2012 a year after the country gained independence from Sudan and the creation of the football association.