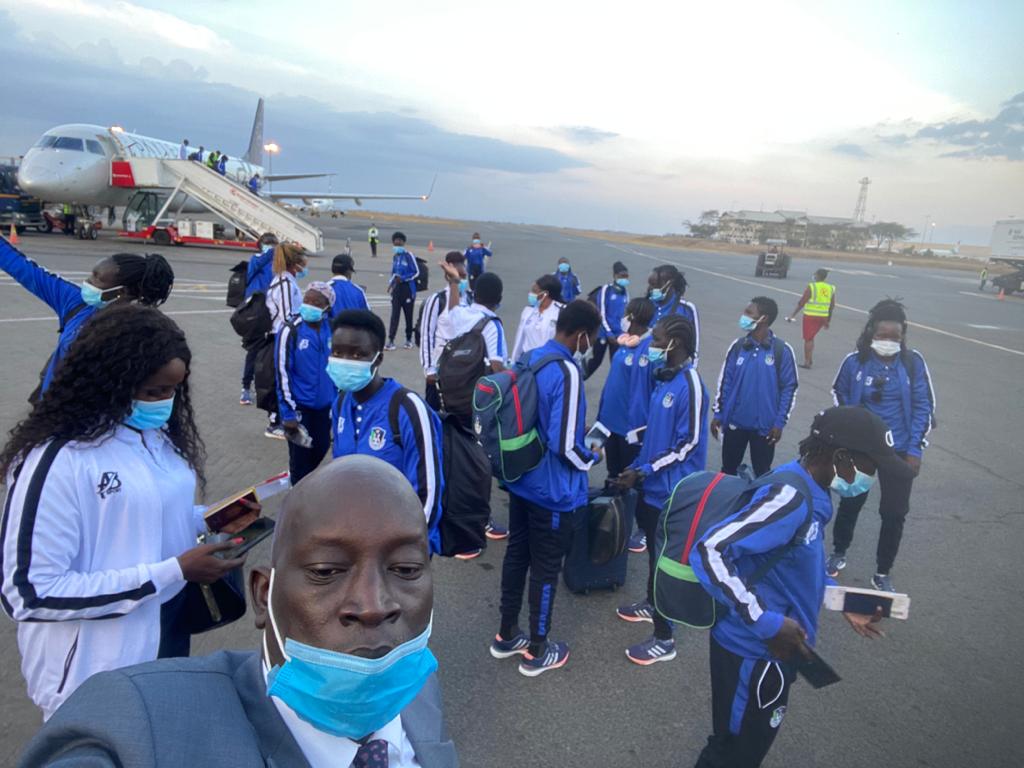 South Sudan’s women national team have arrived in South Africa for a few days of camping ahead of the 2021 COSAFA Women’s Championship.

“We decided that it was ideal for the team to first camp in South Africa before the tournament starts. This is a good outing for our women’s national team to get more exposure by playing in the COSAFA competition,” South Sudan Football Association (SSFA), Gen. Augustino Maduot Parek told Sport News Africa.

The Championship organized by the Council of Southern Africa Football Associations (COSAFA) will take place at the Nelson Mandela Bay from September 28 to October 9th.

South Sudan who will be making their first appearance in the tournament are placed in Group B alongside Zimbabwe, Botswana and another CECAFA team Tanzania.

Booysen, the South Sudan head coach said that the team has been working hard in Juba. “We are happy to be taking part in the COSAFA Women’s Championship which will definitely give our players good exposure to play at a top level,” added the coach.

Team captain Amy Lasu Lauya Lasu made it clear that playing at the COSAFA Women’s Championship has come at the right time when they need to play as many games at the big stage to give them a good test.

“I am happy that we shall play several games at the tournament which will help us gauge ouselves against other teams,” added Lasu.

South Sudan will open their campaign against Botswana at the Isaac Wolfson Stadium on September 29th, before they take on Zimbabwe on October 2nd. They will wind up the group stage with a game against Tanzania on October 4th.

The tournament which will have twelve teams including defending champions Banyana Banyana of South Africa will have the  group winners plus the second-best placed team advance to the semi-finals.

The teams will use the tournament to prepare ahead of the  the 2022 Africa Women Cup of Nations qualifiers which starts in  October.