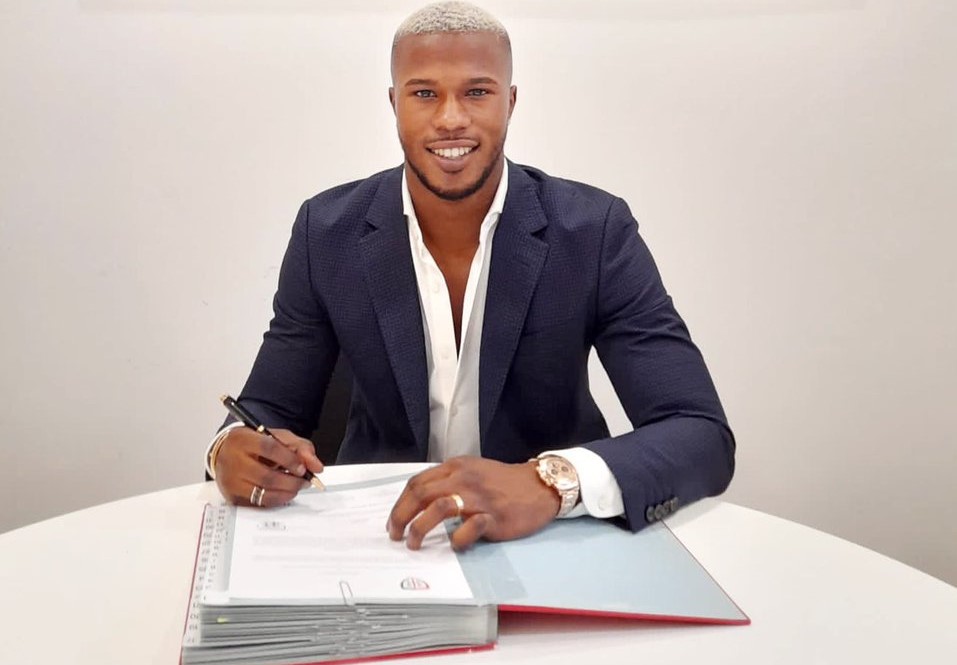 In most European leagues, the summer mercato ended on Tuesday 31 August 2021. Several movements of African footballers have been officialized since this morning. With Sport News Africa, relive the latest transfers of players from the continent.

Granada: Senegalese Alpha Diounkou loaned out in 3rd division
Senegalese U20 international Alpha Richard Dionkou will have to wait to play in La Liga. The right-back was signed by Granada from Manchester City but was immediately loaned out. The 19-year-old will be training at CD San Fernando in the third division.

Feyenoord sign Nigerian Cyriel Dessers
Cyriel Dessers, who made two assists in three Jupiler League Pro games for RC Genk, has joined Feyenoord. The Nigerian winger arrives on loan at the Dutch club. The 26-year-old Nigerian international is under contract with Genk until 2024. He has already played in the Eredivise with FC Utrecht and Breda.

Antwerp have pulled off a major coup on the last day of the transfer window. The Belgian club has secured the loan of Fenerbahçe striker Mwana Samatta. The Tanzanian captain knows Belgium well. He was a member of the RC Genk team, where he scored 76 goals and provided 20 assists in 191 appearances. The 28-year-old will be looking for a new lease of life after failed spells in the Premier League and the Turkish Super Lig. 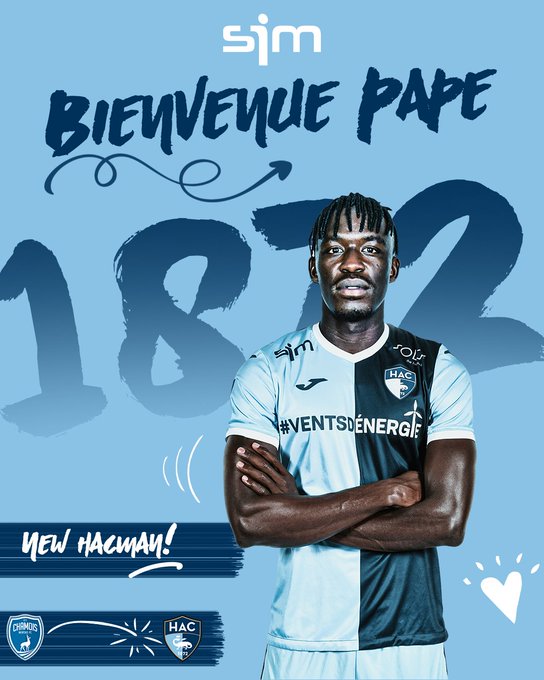 Pape Ibnou Ba (28) will now wear the colors of HAC. The former Niort striker has signed a three-season contract with the French Ligue 2 side. The Senegalese forward scored 14 goals in Ligue 2 last year. 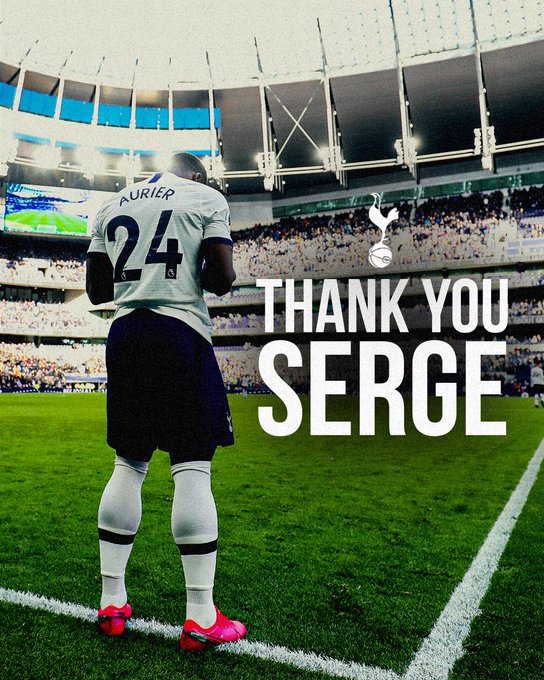 Four years after his arrival at Tottenham, Serge Aurier is leaving. The Elephants' captain had one year left on his contract. But the right-back and the London club reached an agreement on Tuesday to end their contract. The 28-year-old is now free. However, he should not have any problems finding a new club. Aurier has reportedly received several offers from Italy, France and Russia. 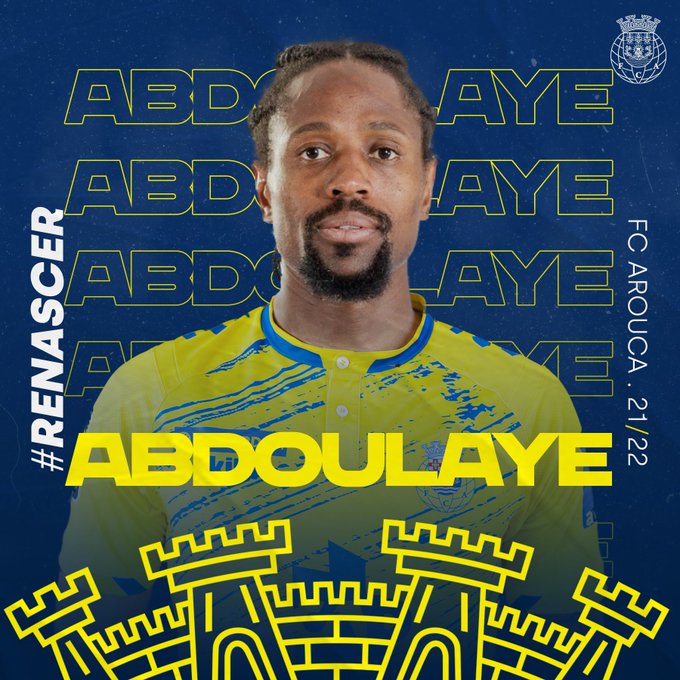 Former captain of the Senegalese Olympic team that qualified for the 2012 London Olympics, Abdoulaye Ba is to find a new club. The central defender has signed for FC Arouca (D1 Portugal) from Moreirense. This will be the 13th club in the 30-year-old's professional career. Ba started in 2010 with FC Porto. After that he played in Spain, Germany, Turkey and even Romania.

Zulte Waregem is fishing for Ivorian Idrissa Doumbia
Midfielder Idrissa Doumbia, who was present at the Olympic Games in Tokyo with the Ivory Coast's U23 team, has been sent to Zulte Waregem in the Belgian top flight. However, it is only a loan. The 23-year-old still belongs to Sporting Portugal, whom he joined in 2019. Doumbia is, in fact, under contract with the Portuguese club until 2025. 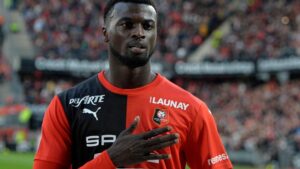 Mbaye Niang has been unavailable at Rennes for more than a season and is still unable to find a buyer. The Senegalese international has been linked with a move away from the club for more than a season, with the latest move being to Saint-Etienne, whose coach Claude Puel had given the green light for the 26-year-old striker's arrival before changing his mind.

This is a new blow for Mbaye Niang. Rennes, who no longer want to pay his wages when he is not playing, should release him with two years left on his contract. This will allow him to sign freely at another club. Montpellier would certainly be interested. 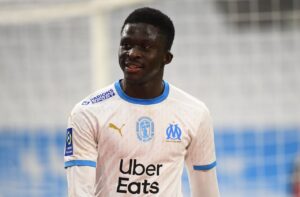 Marseille have announced that they will be looking for a new striker to join the club after the end of the season. The young Senegalese striker has received offers for a loan on Tuesday 31 August. But Argentine coach Jorge Sampaoli has asked the management to reject them. The 21-year-old is expected to play for the club as Dario Benedetto has not been replaced after leaving for Elche. Bamba Dieng has also had a good preparation with Olympique de Marseille. 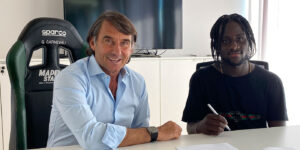 A very promising young winger born in Accra on 18 September 2002, Brian Safo Oddei has joined Sassouolo since 2018. He was previously playing with the Green and Black's U17 and U19 teams. However, in order to get some more experience, Sassouolo's management sent the Ghanaian on loan to Crotone, relegated to Serie B.

Algerian Mohamed Fares at Genoa
The Genoese club is welcoming Mohamed Fares on loan. The Algerian left-back arrives from Lazio of Rome where he has never made an impact. Trained at Bordeaux, the 25-year-old has been playing in Italy since 2013. He has 106 Serie A games for 3 goals and 4 assists. The Algerian international (10 caps) is still under contract with the Roman club until 2025. 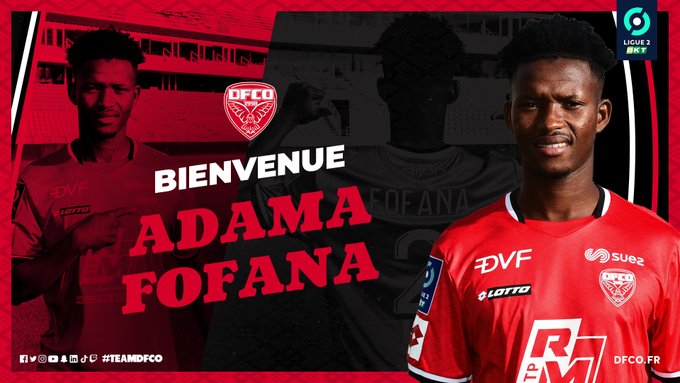 Ivorian left-back Adama Fofana (21) has signed a three-year contract with Dijon (France, Ligue 2). Trained at Right To Dream Academy (Ghana), Fofana had joined Varbergs BoIS in 2018, then in the Swedish Ligue 2. His team had reached Ligue 1 in 2019. The young Ivorian has made 42 appearances in Ligue 1 and 33 in Ligue 2, with a total of 4 goals and 10 assists. 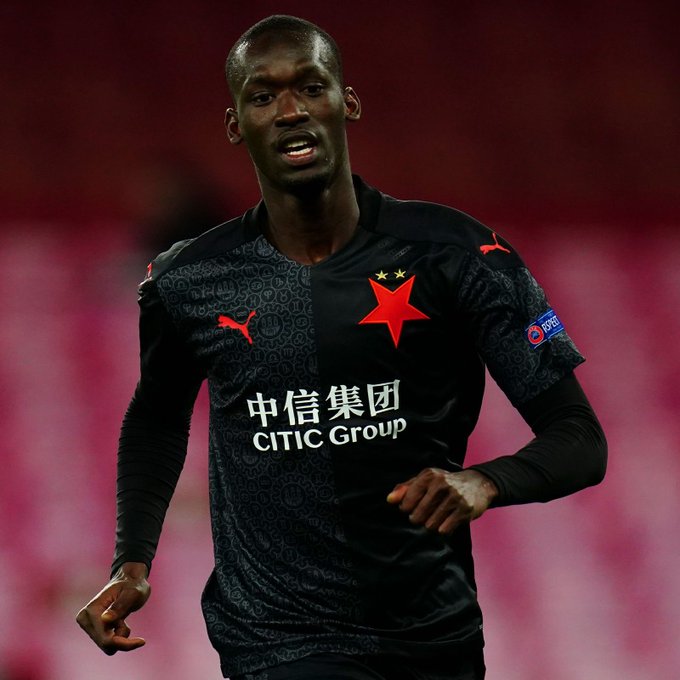 Abdallah Sima, a revelation last season in the Europa League with Slavia Prague, has arrived in England. The Senegalese has signed for Brighton, who have paid €8 million. The 20-year-old striker will not play in the Premier League this season, however. He is on loan at Stoke City in the Championship. 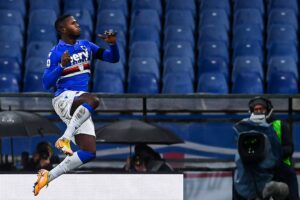 The Senegalese winger has signed for Cagliari on a free transfer from Sampdoria. The Senegalese winger has been released from his final year of contract by AS Monaco. He therefore signs for free in the Italian club for 3 seasons. However, in case of resale, the Monegasque will receive a compensation. This will be his fourth club in Serie A, after Lazio, Inter Milan and Sampdoria. Keita Balde has scored 38 goals and provided 18 assists in 159 games in the Italian top flight. 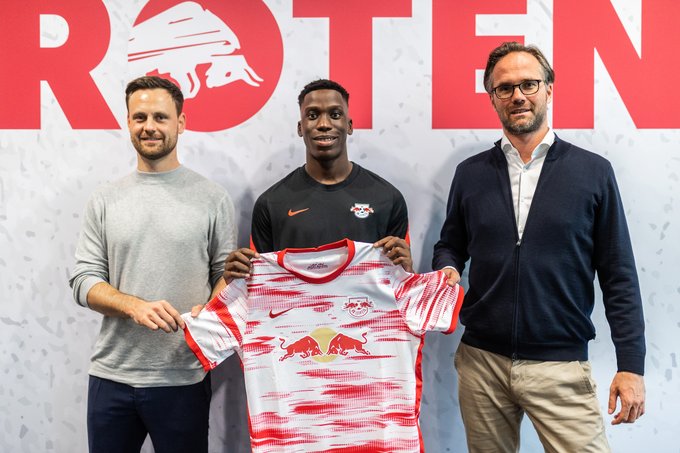 It's done for Ilaix Moriba. The 18 year old Guinean has left FC Barcelona for good. He joins Leipzig, who paid 22 million euros for him. He is now tied to the German club until June 2026. Moriba was in conflict with the Barcelona management. His entourage and Barça did not reach an agreement on a contract extension. To avoid seeing him leave the club next summer, the Catalans transferred him. 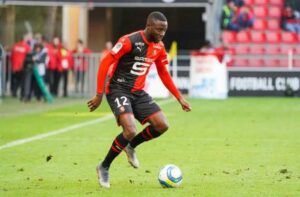 It was in the air: James Léa-Siliki is leaving Rennes. The Cameroonian international was not in Bruno Genesio's plans since last season. The 25-year-old midfielder has signed a new contract with the French club. The 25-year-old midfielder has signed for English second division side Middlesbrough. For this season, it will be a loan. However, there is an option to buy the player, estimated at 2.5 million Euros.

The Tromsø native will discover the Eredivisie at 19 years old. It is an opportunity to progress and to become better known in a more publicized league.

Sébastien Tounekti arrives at a club that has not started strongly in the Dutch league. After three rounds, FC Groningen are in 10th place in the standings. Danny Buijs' men have four points. PSV Eindhoven are the leaders with nine points.

While the 18-year-old was highly coveted by several Italian clubs, the Ghanaian attacking midfielder finally opted for Hellas Verona. He will join the U19 team and play in the Italian Primavera 1 championship this season.

Moroccan Rachid Alioui joins Kortrijk
Jupiler Pro League club Kortrijk announced the arrival of Rachid Alioui on Tuesday 31 August. The Moroccan striker leaves Angers. He was not in the plans of the new coach Gérard Baticle. The 29-year-old has not taken part in any game of the Angevins after 4 days of Ligue 1. This will be the first time he has played in a country other than France.

Napoli: Franco-Moroccan Machach in Hungary
A new club for French-Moroccan midfielder Zinedine Machach (25). The former Toulouse and Marseille player, who is under contract with Napoli (Italy) until 30 June 2022, has been loaned out to Honved Budapest (Hungary) for a year with an option to buy. Machach, who has never played a single match for Napoli since his arrival in January 2018, had previously been loaned to Carpi, Crotone and Cosenza (Italy, Serie B), and last season to VVV Venlo (Netherlands).

Nantes: Abdel Kader Bamba to Amiens
The French-Malian Abdel Kader Bamba has joined Amiens (L2) on the last day of the mercato. The 27-year-old winger arrives on loan from Nantes. He is under contract with the Canaries until 2024. But Antoine Kambouaré, coach of Nantes, was not counting on him anymore.

In an official statement, the Andalusian club said that both parties have reached an amicable agreement to terminate the contract of the former USM Alger player.

Mohamed Benkhemassa played 42 matches in all competitions with Malaga over three seasons. The 28-year-old has been plagued by injuries.