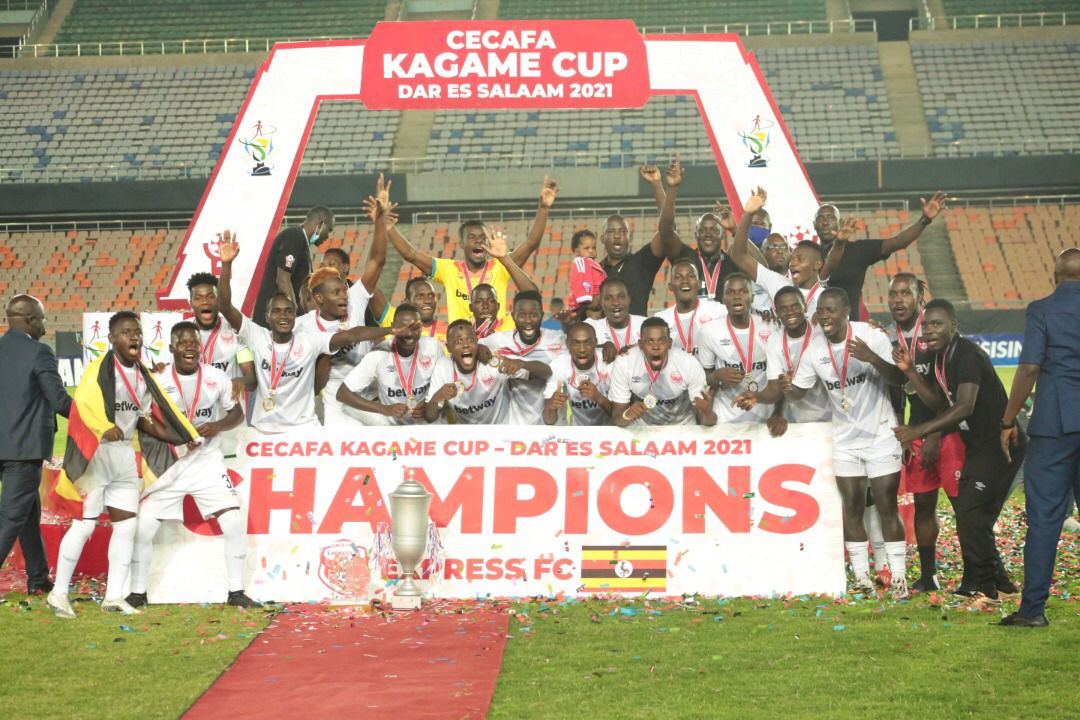 The Ugandan Premier League champions lifted the Cup after a 1-0 win against Malawi’s Nyasa Big Bullets FC in a final played at the Benjamin Mkapa Stadium in Dar es Salaam, Tanzania on Saturday evening.

It was a sweet win for the Ugandan team that had not trained for close to five weeks because of the COVID-19 lockdown.

Gomezhani Chirwa and Bright Munthali had first half attempts for Nyasa Big Bullets, but missed the target.

Nyasa Big Bullets side pushed forward in the second half, but still failed to find the goal. Substitute Hassan Kajoke had a good chance later in the half, but nodded out.

“ I am happy I have just joined Express FC and now I have helped the team win a regional title,” said the happy goal scorer Kizza.

The winning team will take home US$30,000, while the runners up pocket US$20,000. Zanzibar’s KMKM SC who beat 10-man Azam FC (Tanzania) in the playoff to finish third placed KMKM SC of Zanzibar will get US$10,000. The money will be wired to the accounts of the respective clubs.