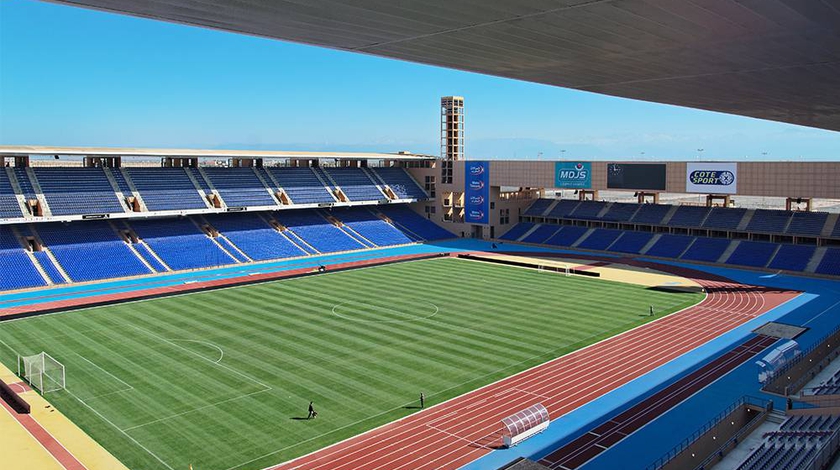 Africa will play the 3rd and 4th rounds of the 2022 World Cup qualifiers next October and the Confederation of African football CAF has just published the list of stadiums where the matches will take place. Morocco is providing three venues for several nations whose infrastructures have not been deemed of good standards and have been suspended by FIFA.

Morocco will be the "capital" of African football during the third and fourth rounds of the 2022 World Cup qualifiers. Several countries whose stadiums are not homologated have chosen the Cherifian Kingdom to play their home matches. This is the case of Djibouti and Burkina Faso who share the same pool A.

The two nations will play their double confrontation at the Grand Stade de Marrakech. The Djiboutians will host on 7 October while the Burkinabe will be at home four days later. Mozambique will host Cameroon in Tangiers for the group D.

Guinea will also be in Morocco
In addition to Marrakech and Tangier, Morocco, which hosts in Rabat, will also put the Agadir stadium at the disposal of two teams of the UFOA-A: Mali and Guinea. The Malians will play against Kenya on 7 October and the Guineans will receive Sudan on October 11.

However, Guinea shares the same pool as Morocco. But FEGUIFOOT is forced to relocate its home games. Evidently this is because of the political events that have shaken the country for in fortnight. This situation meant that the game which was to be played in Conakry between host Guinea and Morocco was rescheduled to be played in Morocco instead.