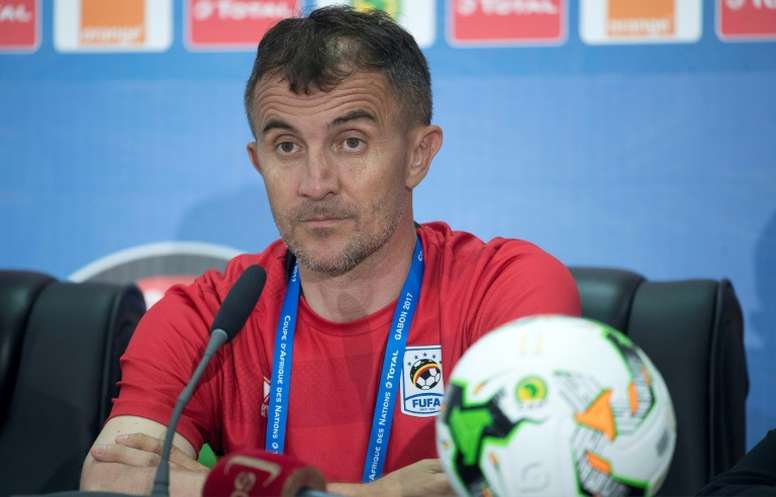 Uganda Cranes head coach has said Harambee Stars will have a huge advantage over Uganda when the two sides face-off on Thursday in a Group E FIFA World Cup qualifier.

Kenya will host the Uganda Cranes at the Nyayo Stadium in a match that promises to be a thriller.

Milutin ‘Micho’ Sredojevic, the Uganda Cranes head coach said upon arrival at the Jomo Kenyatta International Airport that although small details will determine the match, the hosts have a huge advantage because their players have the competitiveness since the Kenyan League has just ended.

He said although Uganda Cranes is still in transition, there will be too much at stake because it’s the World Cup qualifiers.

“It is always hard to play against a team that knows you well and therefore this will be a very tough match,” added Uganda’s head coach who returned last month after stepping down in 2017.

While experienced players Emmanuel Okwi and Khalid Aucho will be expected to lead the Uganda Cranes, Kenya will look to their skipper and professional Michael Olunga to make the home fans happy.

Although Kenya has not had any build up matches ahead of the game, Uganda beat Ethiopia Premier League champions Fasil Kenena 1-0 and lost 2-1 to the Walias of Ethiopia in build-up matches.

In the last six matches between the two nations, Kenya have managed one win, Uganda have won twice while the other three have ended in draws.

After facing off this week, Kenya will travel to face Rwanda, while Uganda will host Mali at the St. Marys Stadium, Kitende on September 6th.