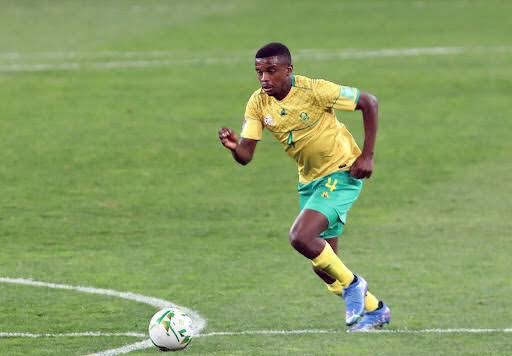 Hugo Broos’ men beat Ethiopia 3-1 at Bahir Dar Stadium, moving to seven points at the top of Group C after collecting four in their first two matches against Zimbabwe and Ghana.

South Africa went into the clash against the Ethiopians after beating playing to a goalless draw with Zimbabwe and then beating Ghana 1-0 in the last international break, so they had a lot of confidence. New coach Broos has selected a number of new faces who are eager to impress and they did just that again. They were in fine form against Ethiopia, winning for the first time away from home since Broos took over.

SuperSport United midfielder Teboho Mokoena scored the only goal of the first half from a set piece. The Ethiopian goalkeepermade an error as he was unable to hold onto Mokoena’s powerful effort and it went into the back of the net.

In the second half, South Africa’s Thabiso Kutumela conceded a set piece just outside his own box and Ethiopia took advantage. Captain Getaneh Kebede equalised for the hosts with a well taken set piece which gave the South African goalkeeper no chance.

Determined to get a win, South Africa went forward looking to restore their lead. They were rewarded when Mothobi Mvala tapped home from close range to make it 2-1 to the visitors. There have been a number of supporters questioning Mvala’s selection in the national team, but he improved many wrong with a goal and a solid performance in the middle of the park.

Substitute Evidence Makgopa then ensured that all three points would be going to South African when he netted the visitors’ third goal. The two sides will meet against the FNB Stadium on Tuesday, 12 October.