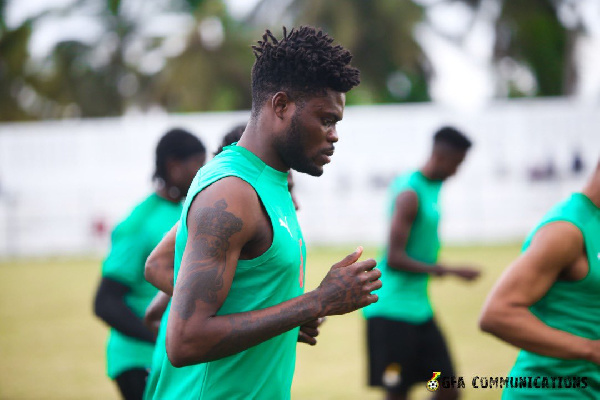 Thomas Partey is in the group of Black stars of Ghana for the friendly match against Côte d'Ivoire, scheduled for Saturday 12 June. He thus puts an end to a controversy that has held the country in suspense for a week.

The Arsenal midfielder has joined the Black Stars training camp in Cape Coast (165 km from Accra) where Ghana will face Ivory Coast in a friendly on Saturday 12 June. He is back in the squad at the same time as Brentford defender Tariqe Fosu.

The two players were not at the training camp in Rabat which ended on 8 June with a friendly match against Morocco (0-1). According to the Ghanaian press, Partey and Fosu were dismissed by the national coach, Charles Kwablan Akonnor, for serious offences. They were reportedly late in arriving at the training camp in Cape Coast from where the Ghanaians had left for Morocco without them.

Partey had arrived in Cape Coast two days before the trip to Rabat. Having noticed that he had stayed in Accra while his teammates were in the Cherifian capital, some media outlets deduced that the former Atletico Madrid player was excluded by the Ghanaian coach.

When the rumor spread and the Gunner was handed over to the popular vindictiveness, the Ghana Football Association (GFA) had quickly released a statement to deny the information.

The body assured that Partey was excused by the coach as he had to deal with family issues. And that he will participate in the match against Côte d'Ivoire.

Despite this clarification, the controversy continued to grow when Partey was spotted in a nightclub in the Ghanaian capital partying with girls. The local press went wild with the player, who was also lynched on social media.

Partey has just joined the national team. He now has to play a big game against the Elephants to put the controversy to rest.