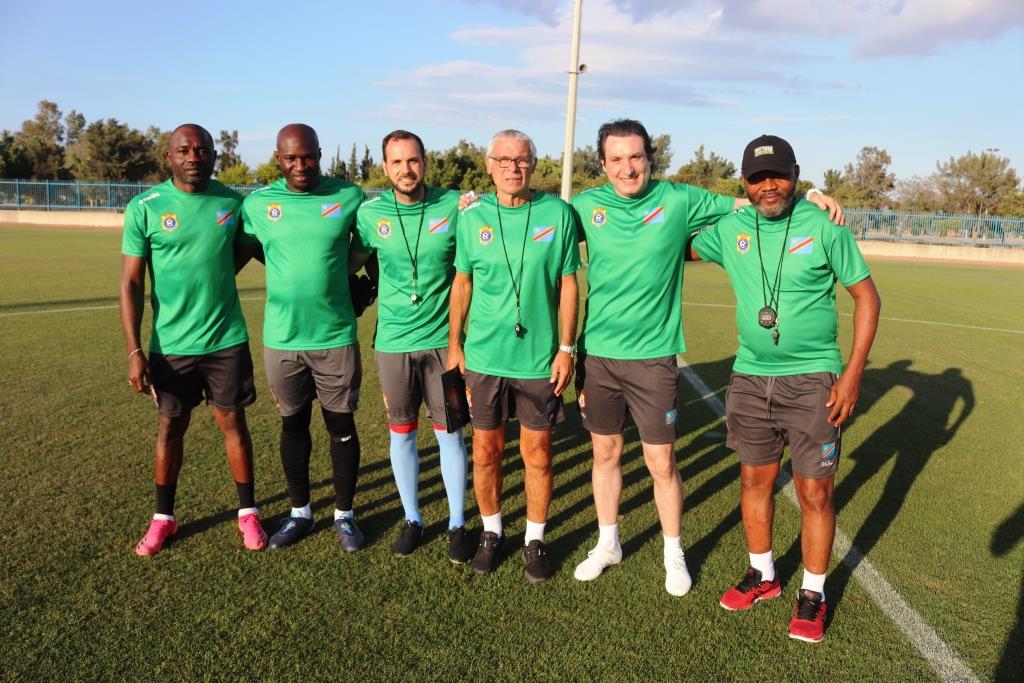 More than a week after his arrival in Tunis, the new coach of DR Congo Hector Cuper spoke for the first time at El Menzah stadium. Thursday afternoon, before the training session of the Leopards, the Argentine technician confided to Sport News Africa that he "would be happy" if his men beat the Malians this Friday, June 11. Coach Cuper also stressed that the most important thing, at least for the moment, is that his protégés show that they assimilate the tactical schemes.

He had only had two training sessions before facing Tunisia on 5 June. However, the Leopards suffered a narrow defeat (1-0) and fought valiantly at the Rades stadium. This time, Hector Cuper's men have had an intense week of training. They will face Mali this Friday at the El Menzah Stadium in Tunis.

The coach of DR Congo is eager to see if his men have assimilated the tactical schemes he has set up. Against a young and very playful Mali team, it is the perfect test. "We're going to approach this second friendly match by trying certain things. I often say, in football, the result is always important. But the most important thing for me at the moment is to see how the team will react when faced with certain situations. Now we know the players. And we have to give every player the opportunity to play," coach Cuper told Sport News Africa.

For this match against the Malians, Hector Cuper is not obsessed with victory for his second game on the DRC bench. "The defeat and the victory will be more important in September. The mentality of the new technical staff is different. But, every time, it is good to win your matches. Nevertheless, we can also be satisfied with the defensive tactics we have put in place. When the players show on the field that they have mastered the system that has been worked out during the training sessions, we can be happy even if the result of the match is unfavorable. If the players show that they have understood what I expect of them, that gives me comfort," said the Argentine.

However, Hector Cuper admits that he would be delighted if his charges won their second match of the June FIFA window. "If we beat Mali, I would be happy. But we'll see how it goes tomorrow (Friday). We haven't had enough time to work. The coaches are not miracle workers. Fortunately, the players are showing that they are capable of adapting. And they are getting better every day. The players are enthusiastic. And that is to be welcomed," reassures the former Egypt coach.

For the 2022 World Cup qualifiers, the Leopards are in pool J with Benin, Tanzania and Madagascar. The DR Congo will start against the Tanzanians at home (31 August) before visiting Benin (4 September).