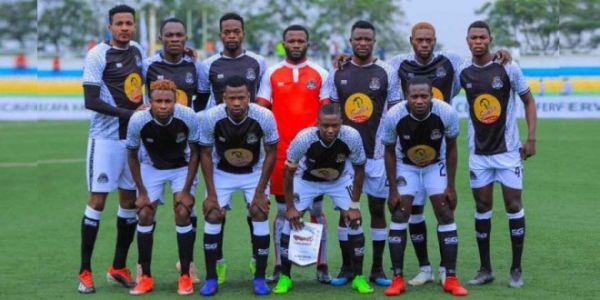 TP Mazembe are in danger of missing out on the next CAF Champions League. With 63 points and only one match to play, the Crows risk losing second place in the league standings - the best they can do this season - to AS Maniema Union, with 60 points and three matches to play.

With one day to go in the National Football League (LINAFOOT), the three representatives of the Democratic Republic of Congo (DRC) in African cups are known. In the Champions League, one of the two places reserved for the country of the Leopards has already been allocated. It will go to AS Vita Club (73 pts), crowned champions for 2020-2021 with a ten-point lead over the next-placed team and a match to play (30th and final day).

On the other hand, the second place for the Champions League will be played between Tout Puissant (TP) Mazembe (2nd, 63 pts) and AS Maniema Union (3rd, 60 pts). The former, like AS Vita Club, have a game in hand, while the latter have to play three extra matches.

CAF Cup consolation
If they win two of their three games, AS Maniema will take second place for good and be in the Champions League, while TP Mazembe will be third and will have to settle for the CAF Cup. The verdict is expected this week after the final league matches.

In any case, TP Mazembe have had a difficult season. Moïse Katumbi Chapwe's side, who have suffered a number of departures, were prematurely eliminated from the Champions League group stages.