Liverpool: 100th goal for Salah and only one point for the Reds 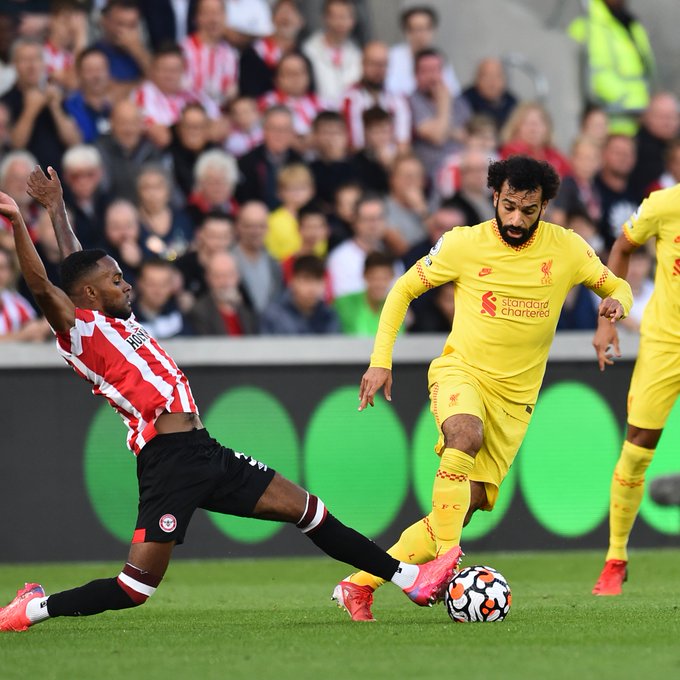 Liverpool: 100th goal for Salah and only one point for the Reds

Liverpool didn't win against promoted Brentford on their trip on Saturday (3-3), but Liverpool saw their in-form striker of the moment, Mohamed Salah, score his 100th goal for the club. The goal, scored in the 54th minute, was not enough to earn Jurgen Klopp's side all three points in the match.

The fault lies with a very valiant Brentford team with a lot of attacking resources. The hosts were the first to score in this match, when E. Pinnock opened the score in the 27th minute. Sadio Mané's team-mates were surprised but soon cancelled the lead with a fine header from Diego Jota (31st). The game was not over until the end of the second half, when Mohamed Salah scored his 100th goal to put the game beyond their opponents seemingly.

Drogba's record a step away from Salah
They fought hard and went in search of an equalizer in the 63rd minute through V. Janelt. Only four minutes later, the Reds scored their third goal of the match with a powerful shot from Jones. Was the game over for Liverpool? Well, no. The hosts fought hard and equalized again in the 82nd minute.

With his 100th goal for Liverpool, Egyptian international Mohamed Salah has become a club legend. He is also the fastest player to reach this milestone with the Reds. The Pharaoh is now just three goals away from becoming the top African scorer in the Premier League. A title previously held by former Chelsea striker Didier Drogba (103 goals).

It is clearly not a matter of if but when will Salah eclipse this record.