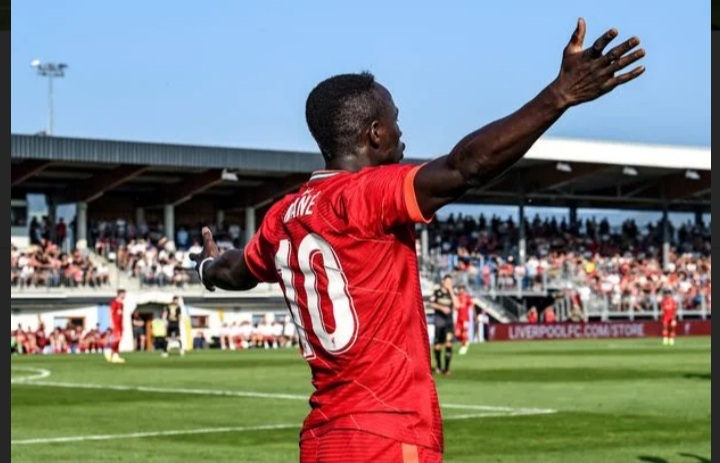 The English Premier League begins next weekend (14 August). Liverpool can count on a great Sadio Mané to erase their dull 2020-2021 season. The Senegalese is in form. He will be one of the Reds' assets again this season.

Sadio Mané is off to a good start. He is proving that his goal scoring instincts are still intact. Admittedly, last season was not so prolific but the Senegalese is keen to get his statistics back in order. Sadio is in great shape. The Senegalese international has been scoring goals and putting in good performances. On Thursday 5 August, he scored against Bologna. His 3rd goal in 5 games of preparation for Liverpool.

The Reds number 10 starts the season on a high note. At the time of starting his 6th season with the Mersey club, Sadio Mané seems to be in full possession of his means. He scored against Stuttgart (1-1), Hertha Berlin (4-3 loss) and Bologna (2-0 win), sending a reassuring signal for a good year in the Premier League. "It is always important as a player to have a break. I can say that since I arrived at Liverpool, it's the first time I had four weeks off or more. So I think that helps a lot sometimes," he said.

Last season was not a great one for the Liverpool striker. In 47 games played in all competitions, Sadio Mané scored 15 goals. This is his lowest total with Liverpool since his first season (13 goals scored). With Covid, the arrival of Diogo Jota, who has increased competition, and a lack of fitness, not everything has been the same for the Senegalese.

Another factor to take into account is fatigue. Sadio Mané has played a lot in recent years. The 4th place winner of the Ballon d'Or in 2019 did not have a holiday in 2018 (World Cup) and in 2019 (AFCON). Also in 2020, the Premier League was played until 26 July due to the health crisis.

Observers expect the Lion to roar in the Premier League this year. That's the case with Jamie Carragher. The former Liverpool player sees a big season for Mané. "I expect a big season from Mané. He didn't have his best season last year, but he's looked really good in pre-season, so I'm hoping he can be the guy who can close our goal gap."

Sadio Mané doesn't disagree. "It wasn't my best season, I know that. And as I always say, it can happen in football. But I think it won't be the same season. Of course I'm more ready, mentally, physically. So I think it will be an exciting season for me'', he said.

The English league resumes next weekend (14 August). Liverpool's first game is away to Norwich on Saturday 14 August.