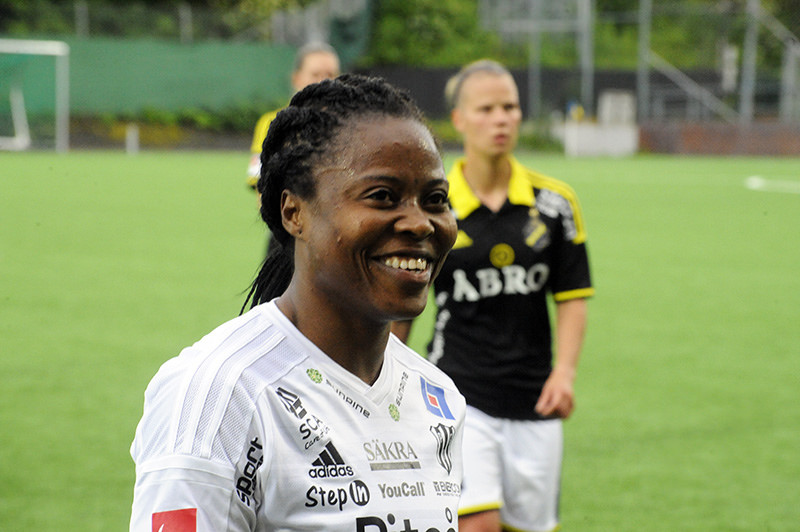 Faith Ikidi-Micheal will make a return to the Nigeria fold after two-year absence for the maiden edition of the Aisha Buhari Invitational Women’s Tournament, taking place in Lagos from 13th – 21st of this month.

The Pitea defender is one of the notable returnees in the 23-woman provisional list named by head Coach Randy Waldrum for the six-nation tournament, also featuring Cameroon, South Africa, Mali, Ghana and Morocco.

The five-time African Women's Cup of Nations winner last featured for the West African at the Women's World Cup in France, where she sustained a ligament injury in a 3-0 loss to Norway at the Stade Auguste-Delaune in June 2019.

Since recovering, the 34-year-old veteran defender went on to inspire her Swedish side to a Damallsvenskan safety, featuring in all matches in the 2020 season and has also continued from where she left off this term.

Besides Pitea's Micheal, Minsk midfielder Regina Otu is also likely to make a return for the first time since featuring in the team's botched Tokyo 2020 Olympic campaign in October 2019, having missed invitation to Austrian camp.

Waldrum will be hoping to build on the confidence from 1-0 victory over Slovenian giants Olimpija Ljubljana in August as they prepare for the 2022 Awcon qualifiers against Ghana in October.

The Super Falcons will square up with Morocco in their opening match on September 13 before taking on Mali two days later at the Mobolaji Johnson Stadium, Onikan in Lagos.