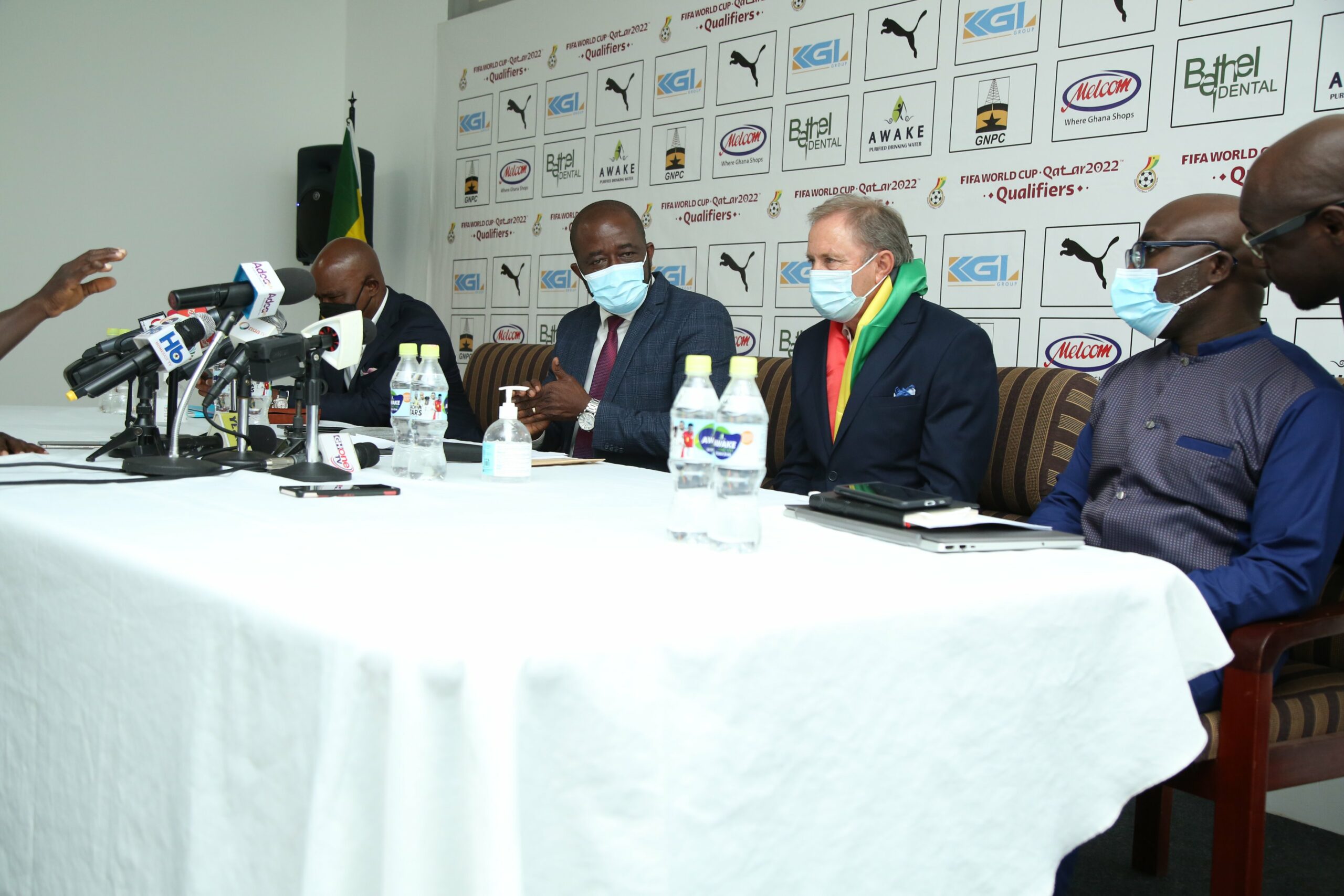 President of the Ghana Football Association (GFA), Kurt E.S. Okraku has stated that he is confident new Black Stars head coach, Milovan Rajevac will succeed in his second coming.

The Ghana FA held a press conference at its secretariat earlier today 24th September 2021 to announce the appointment of the former CAF male coach of the year.

The 67-year-old makes a return to the Black Stars job for a second stint after a successful career in his first stint with the Black Stars as he guided the team to a quarterfinal finish in the 2010 FIFA World Cup in South Africa.

Speaking to the media at the press conference, Kurt Okraku defended Milovan Rajevac appointment and his assistants adding that Milovan is the right man to lead the Black Stars to glory.

“When we knew Milovan was available we knew he is the right man for the job.”

President Okraku also urged the media to be positive about the Black Stars in order to achieve a common goal.

“We only have only one Black Stars and we must support the team. Let think positive and believe it can be done and let's be positive about our Black Stars because this is what we have”

“We shouldn't spew negativity and let's be supportive for our team. If we qualify for the World Cup, we all will enjoy the benefits. Let’s push that positive energy to the public space” he said.

Rajevac replaces Charles Akonnor who was sacked about 11 days ago following a defeat to South Africa in the 2022 World Cup qualifications.