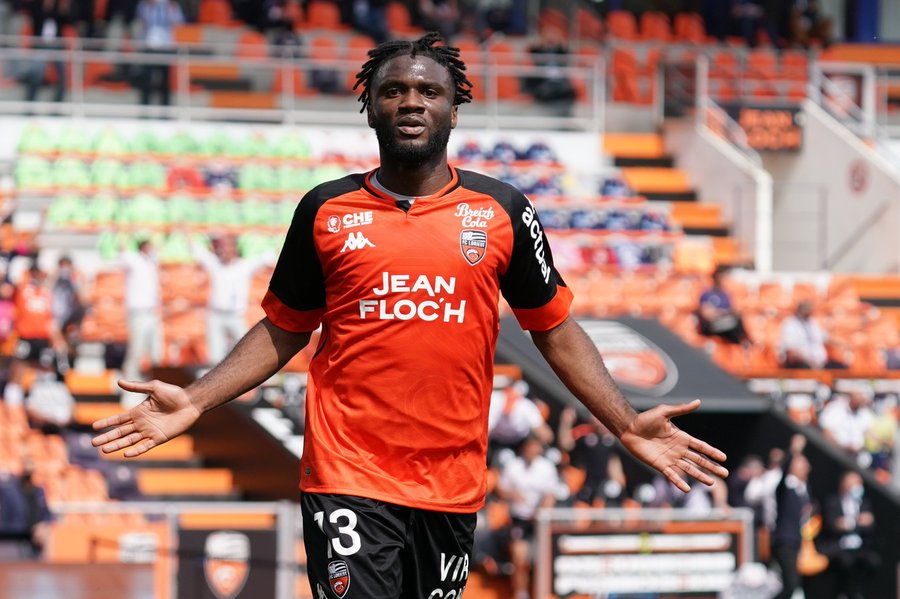 Terem Moffi was merciless with Bordeaux on Sunday in the 34th round of Ligue 1. The Nigerian striker scored his first hat-trick in France to sink the Girondins and allow Lorient to take 3 precious points for the maintenance.

African footballers were in the spotlight on Sunday in the French Ligue 1. But the prize goes to Terem Moffi. The Nigerian striker kept the Girondins defenders permanently on the edge of their seats. After his double at the Velodrome last week, which did not prevent Lorient's defeat by Marseille (2-3), the 21-year-old scored a hat-trick against Bordeaux.

Moffi let his Congolese teammate Yoane Wissa manage the first part of the show by opening the score (18th). He then started his show two minutes later to give the Bretons a 2-0 lead. And just before the break (43rd), the Nigerian scored the breakthrough goal (3-0). He concluded the festival with a hat-trick 10 minutes from fulltime (4-0). The Malian Issouf Cissokho saved the honor of the Girondins in extra time (4-1).

Sunday's success for the Africans

Despite this convincing win, Lorient (17th, 35 pts) are still a long way from safety to guarantee Ligue 1 football next season. The Bretons are still feeling the headaches of the relegation zone, Nantes (18th, 31 pts). This Sunday afternoon was also particularly sunny for the African strikers. In addition to Terem Moffi and Yoane Wissa, others have distinguished themselves. With Dijon, Yassine Benzia scored his second goal in a row in Ligue 1.

But the Dijon team, which lost heavily at Rennes (5-1), can now be parking their bags to play second tier football next season. They are effectively guaranteed relegation to Ligue 2 at the end of the season. At Bollaert, Lens dominated Nimes (2-1) with three African goals. The Cameroonian Ganago (17th) and the Malian Massadio Haidara (76th) scored the goals for Lens while the Algerian Zinedine Ferhat had equalized for the Crocos (57th). Finally, earlier in the afternoon, Algerian Hicham Boudaoui played a part in Nice's win over Montpellier.