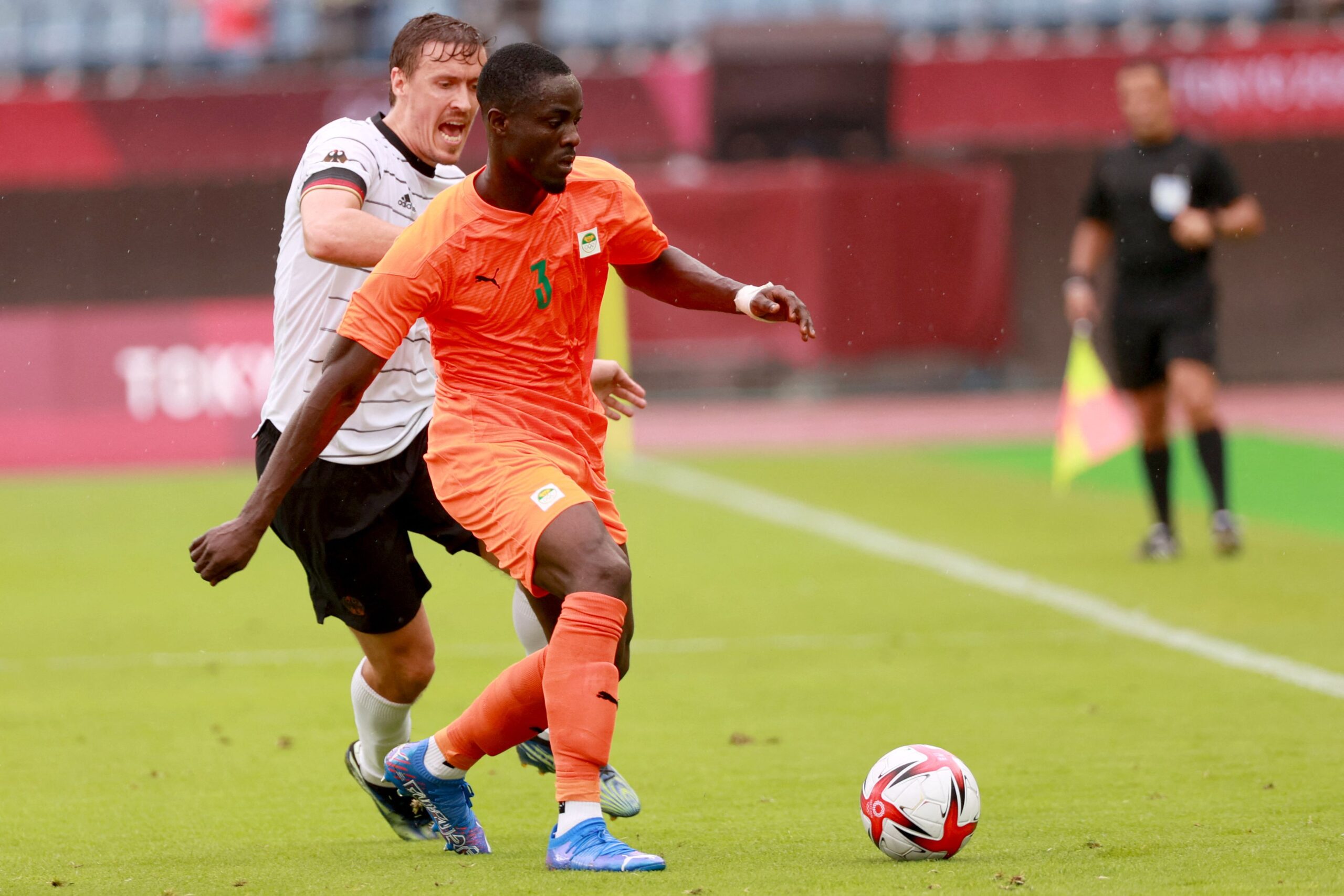 Eric Bailly was in action for Ivory Coast against Germany

The Ivory Coast progressed to the knockout stages at the Olympics in Tokyo, after securing a 1-1 draw with German in their final group D match at Miyagi Stadium in Rifu on Wednesday, 28 July.

The Ivorians went into their final group match with four points in the bag after beating Saudi Arabia and then playing to a draw with Brazil, so all they need in the clash against Germany was a draw to not only finish the round robin phase unbeaten, but to progress to the quarterfinal stage of the competition.

Germany, who needed to win the game to progress, made the brighter start but were unbeaten to break the deadlock, with the Ivorians holding firm at the back to keep the game tied at 0-0 by halftime.

Ivory Coast grew into the game and took a deserve lead on 67 minutes when Germany’s Benjamin Heinrichs put the ball into his own net.

Germany, who were runners-up at the 2016 Olympics in Rio, equalised six minutes later through Eduard Lowen, who scored a stunning free kick to set up a tense finish.

The Germans, however were unable to find a winner as the Ivorians held on for the all-important point.

With the draw, the Ivorians finished second in the group behind Brazil. The Brazilians finished the group campaign on seven points, two ahead of second-placed Ivory Coast.

The draw means Germany has been eliminated from the competition. Saudi Arabia finished bottom of the group.