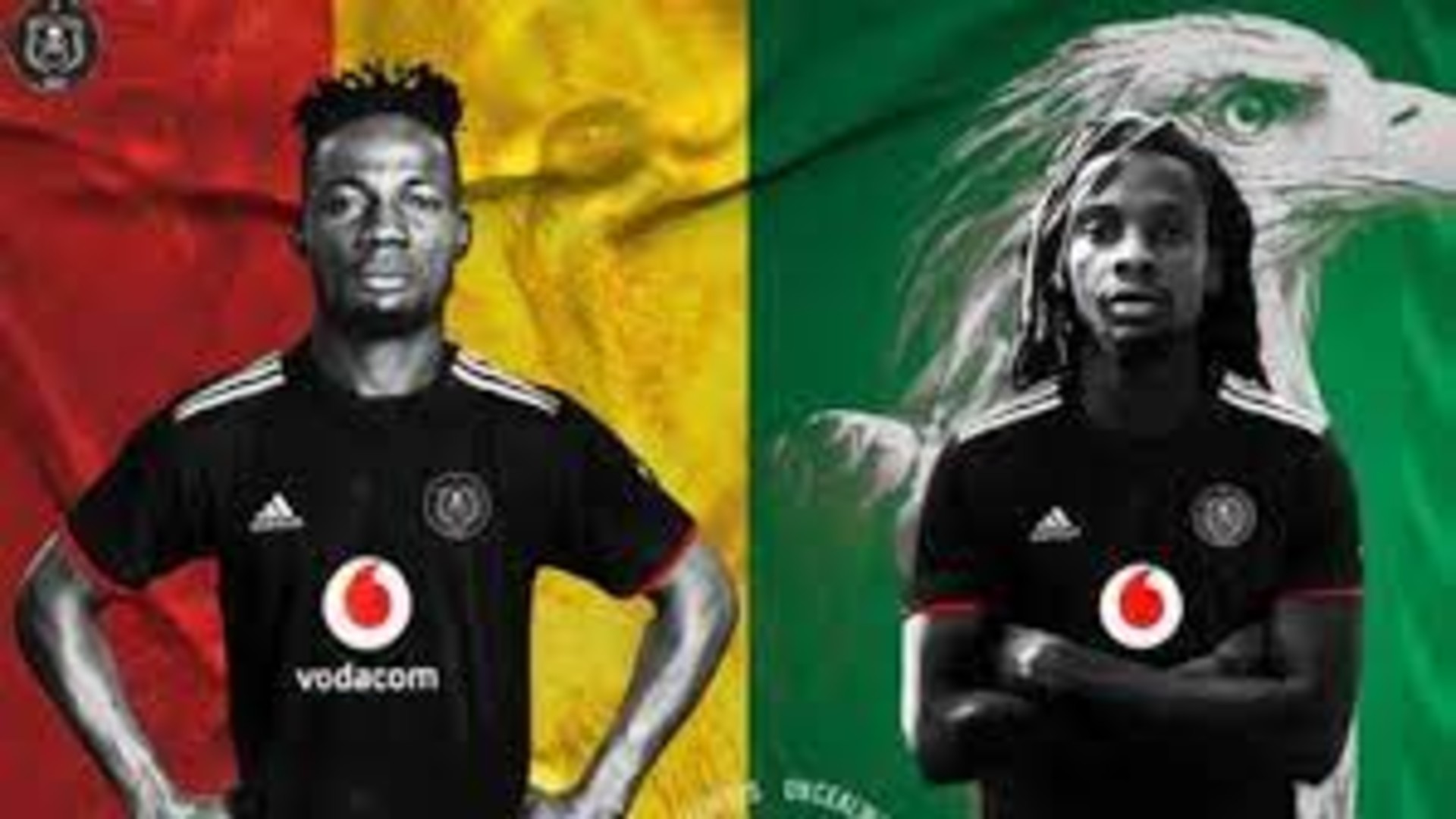 Ndah and Peprah arrived the Soweto giants from Akwa United and King Faisal respectively as the club reinforces its squad in the current transfer window for their 2021/22 Caf Confederation Cup campaign.

The Buccaneers confirmed the development following statement on their official website on Thursday afternoon.

Ndah was considered to be among the top central defenders based in Nigeria having been one of Akwa's key players as they clinched the 2020/21 Nigerian Professional Football League title.

The dreadlocked player, who was part of the Super Eagles team which faced Mexico in an international match last month, will compete with the likes of Ntsikelelo Nyauza, Happy Jele, Sandile Mthethwa, and Thulani Hlatshwayo for a place in the Bucs starting line-up .

While Peprah was one of the most outstanding players in the Ghanaian Premier League during the 2020/21 campaign - scoring 12 goals in 29 games for King Faisal.

"Peprah on the hand, is a striker who joins having had a stellar individual season for the Babes, as the club is affectionately known. The Ghanaian produced a goal tally return of 12 goals and 10 assists in his 29 appearances for his club this past season, "a statement concluded.

Only Diawisie Taylor of Karela United scored more goals than Peprah, who is a Ghana under-23 international having been invited for the friendlies against Japan and South Korea earlier this year.

When welcoming the duo to the club, Pirates' administrative manager Floyd Mbele, said:  “We are proud to announce the signings of Olisa and Kwame. I would like to personally thank both Akwa United and King Faisal Football Club for the professional manner that they handled these transactions. "