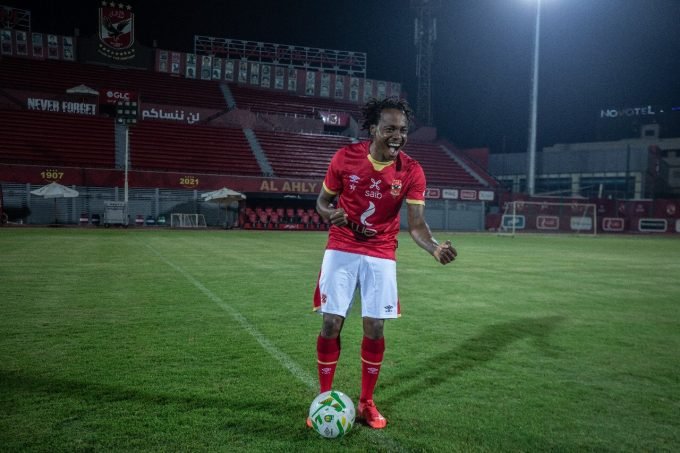 South Africa's national team medical team is fighting back after Al Ahly (Egypt) doctor Ahmed Abu Abla accused his South African counterpart of being responsible for the injury to their new recruit.

Percy Tau's new club, Al Ahly, is in crisis with the South African medical staff. The South African international had returned from his selection with an injury. It was at the beginning of September, after the two days of qualification for the 2022 World Cup.

South Africa played Zimbabwe (0-0, day 1) and Ghana (1-0, day 2). "Percy Tau played 60 minutes in the first game (against Zimbabwe) and 70 minutes in the second game (against Ghana). And when he came back to Al-Ahly, we conducted some tests with him. It was found that there was a slight rupture in the connective muscle due to playing injured with the national team," lamented Al Ahly doctor Ahmed Abu Abla. South Africa's response was not long in coming.

South Africa's national team doctor, Thulani Ngwenya, denied rumors that Percy Tau's injury was chronic. The former Brighton winger suffered a hamstring injury. He is currently undergoing a recovery program to return to the pitch. After his injury, there were rumors that Percy Tau was suffering from a chronic injury.

But this was denied by national team doctor Thulani Ngwenya. "What has been said about Tau's injury is just a rumor. He has his recovery program. He will be back to his best soon," said the Bafana Bafana doctor. "However, he is not fully recovered. So he is not yet ready to join the national team. He needs about ten days to get back on the field," Thulani Ngwenya continued.

South Africa has not called up Percy Tau for the two matches in October for the 3rd and 4th day of qualification for the 2022 World Cup.

Understandably so because very likely the player's current employers Al Ahly would have been very reluctant to release their striker.