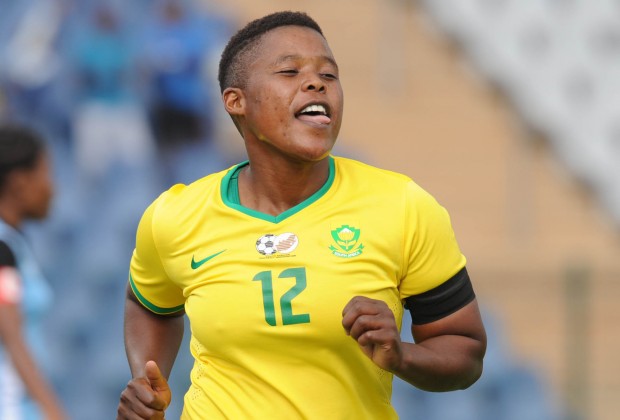 Former Banyana Banyana player, Portia Modise has called on Sports administrators and clubs in Africa to invest and develop Women's football to the highest level.

Speaking in a virtual press conference organized by FIFA, one year to the 2023 Women's World Cup next year, Portia expressed her view on the need to develop and make Women's football on the continent gain the required attention.

“As a football club, you have to develop your vision and aspiration for the future or clearly develop your mission on what to achieve because there is a fundamental starting point for any club. This speaks to your transfer policy, scouting policies and your youth development morals,” she added

Portia also urged club owners to view women's football as a business in order to help grow the sport through sponsorship and make it a priority to give players good salary.

She mentioned how South Africa has been able to develop women's football and urged all club owners to devise a strategy for putting their clubs and Women's national teams on the map.

South Africa may not have had a professional women’s league until 2019 but the country’s national setup has flourished.

The “Banyana Banyana” has represented South Africa in multiple tournaments both in Africa and at the World Stages. South Africa’s female footballers have attracted interest from professional leagues all over the world.

In the ongoing Women's Africa Cup of Nations in Morocco, Bayana Bayana have secured a place in the finals and will lock horns with the hosts. South Africa will represent the Africa at the Women's Wolrd Cup together with Zambia, Nigeria and Morocco respectively.

According to Modise, the performance of the Bayana Bayana in the ongoing Women's Africa Cup of Nations is sending a signal to authorities to pay more extension to Women's league in the Country and develop it well.

Portia Modise was MVP of the 2006 Women's Africa Cup of Nations, she played at the 2012 London Olympics and is the first African player to score 100 international goals in 124 matches for Banyana Banyana.