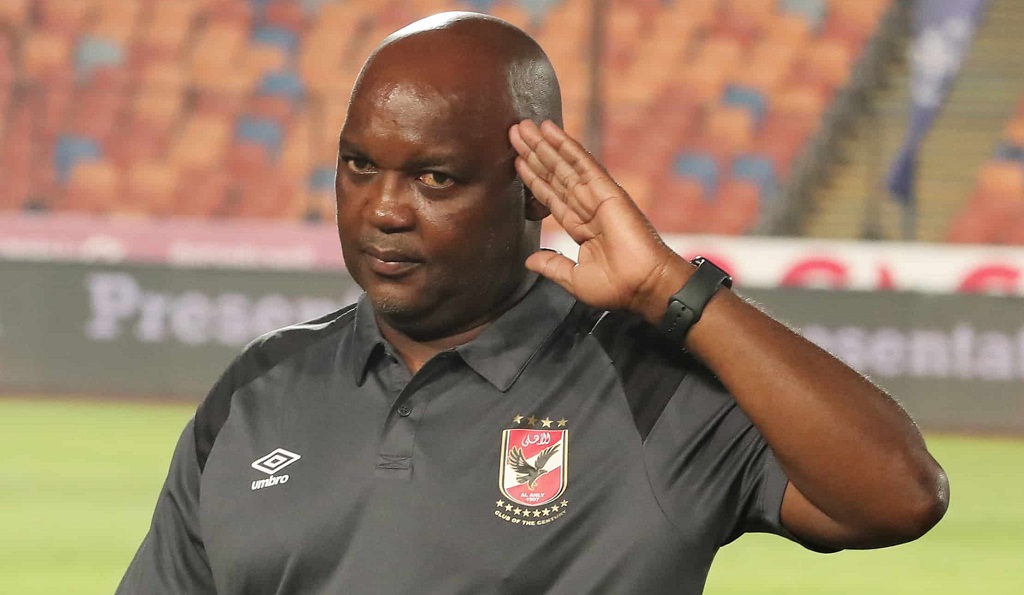 Respected and recognized in Africa as a great tactician with European flare, Pitso Mosimane, the current coach of Al Ahly in Egypt, continues to seduce the world. Already a winner of several trophies in his career, the 56-year-old does not intend to stop there. In the future, he could even take the reins of a major European team. Who knows?

Pitso Mosimane doesn't care about those who say that African coaches don't have the level of world football. He may be black, but he is a strong tactician; a coach who knows how to lead his men to victory. A collector of titles. In a word, Pitso Mosimone is a winner. An outstanding competitor.

A mixed football career
At 56 years of age, 'Coach Pitso', born in Kagiso, not far from Johannesburg, South Africa, already has a well-stocked trophy cabinet. Winner of the African Champions League in 2016, the CAF Super cup in 2017, the South African Cup twice, South African champion five times . Pitso has finally convinced almost everyone with his staggering statistics . Yet, while he has found his feet in this profession where nothing can be taken for granted, his career as a footballer was less flamboyant.

For a long time, Pitso Mosimane played local football in South Africa, before moving to Europe to sell his talent. A midfielder by training, he began his football career in 1982 with Jomo Cosmos. After only two years with the club, he joined Mamelodi Sundowns in 1985. At the time, the youngster had just turned 20.

But his professional career was struggling to take off. For years, he shuttled back and forth between the two clubs. In the meantime, the number 10 won four caps for South Africa's Bafana Bafana. No more and no less. And later on, he left the Africa to discover Europe. The player first settled in Greece, before moving on to Belgium. Then in 1997, during a final stint in Qatar, he definitively closed the page of his career as a footballer to open another one: that of a coach.

The beginning of glory
It was in 2001 that the man nicknamed the Pep Guardiola of Africa began his coaching career. Pitso Mosimane started out with Supersport United in Pretoria, before becoming assistant coach of the South African national team from 2007 to 2010, and then head coach for two years. After struggling with Bafana Bafana, he joined Mamelodi Sundowns. This was the turning point for the young coach. With five championships won in eight years and a continental title in 2016, Pitso Mosimane wrote his personal legend with his new club.

Renowned for his tactical science and the beautiful football his teams offer, Pitso Mosimane does not hesitate to abandon his principles of play to adapt to the opponent. This exceptional skill of his has earned him the respect and fascination of the African football world. So much so that he has caught the eye of Al Ahly, the overall best club side on the continent, decided to acquire his services.

Prophet in the land of the Pharaohs
Committed to this club since September 2020, the former coach of the "Brazilians" will not take long to work his magic. It was as soon as he arrived at Al Ahly that the man with the '' moon '' head won his first major trophy, the CAF Champions League, on 27 September 2020 against Zamalek. But for those who already know Pitso's CV, this success was anything but a surprise: he is the man to win major titles in Africa.

His latest win (0-1) on Saturday 19 June against Esperance of Tunis in the first leg of the CAF Champions League semi-final only proves his point with the Egyptian side. While there is no doubt that Pitso Mosimane can win the trophy again, the big question on many people's minds is whether he could succeed in the big European leagues. The answer lies in the future.