Premier League: Drogba on the way to the Hall of Fame 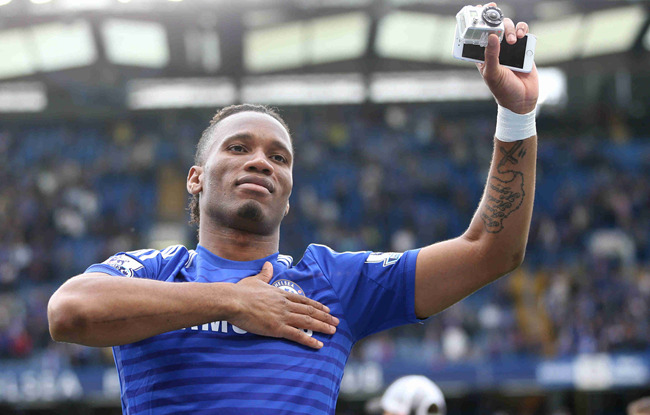 Premier League: Drogba on the way to the Hall of Fame

Didier Drogba enters the posterity in English football. Even if his prowess had already given him the status of a legend, his nomination to the "Hall of Fame" of the Premier League, reinforces his aura in Great Britain.

Having retired since November 2018, Didier Drogba is still in the hearts of English football observers. The former Ivory Coast striker is among the 23 players nominated for the Hall of Fame. The former Chelsea striker has a prominent place on the list alongside legendary strikers such as Dennis Bergkamp, Eric Cantona, Robbie Fowler and Michael Owen. But also Robin van Persie and Ian Wright. What an array of attacking talents! Drogba played 381 Premier League games and scored 164 goals. All of them in a Chelsea shirt. This gives him a good reputation in the English league as a reference striker. Voters are busy on the Premier League website trying to vote for their favorite players into the distinct class. 6 spots from the over 20 nominees.

5th foreign player in the history of the PL

For the moment, Didier Drogba is a credit to the African continent. There are many local players who have played in the English top flight, but none of them have reached the same level as the former captain of the Ivory Coast. The proof is in his nomination to the "Hall of Fame", the highest individual distinction awarded to a player by the Premier League (PL). Drogba is the African who has most marked English football. He has twice been crowned the league's top scorer (2007 and 2010).