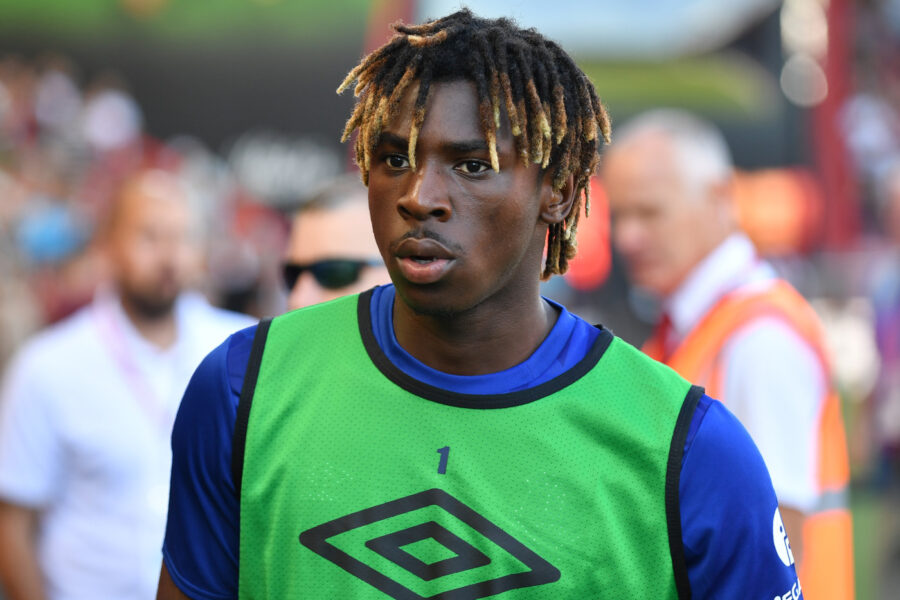 The day after the Ligue 1 match against Lens (2-1) where he played only a few minutes, Moïse Kean, the Italian international striker of PSG, accompanied by friends, showed up, bags in hand, to meet the homeless and migrants of the Porte de la Chapelle in Paris.

Taking advantage of his free time on Sunday, he went to the area to distribute food to migrants and homeless people.

Moiise Kean posted pictures on his Instagram account of himself handing out food. The caption reads "Pushing the pain away". In French therefore "Repousser la souffrance".

Moses Kean was born on 28 February 2000 in Italy and his parents are of Ivorian origin. He explained that he was called "Moses" because of the very Christian nature of his family.

The young footballer is among a few future prospects in the likes of team mate Mbappe who has already won a couple of out standing trophies. Kean was part of the Juventus squad that won the scudetto two seasons back before his one year spell in England. Already in Paris, he won the French Ligue 1 last season and was also part of the team that lost the finals of last season's UEFA Champions League.

At the end of March, other Parisians also gave their time for others, like Ander Herrera and Julian Draxler who, at the initiative of the Paris Saint-Germain Foundation and Secours Populaire Français, went to the foot of a social hotel to kick off the new "Solidaribus" of the Essonne federation of Secours Populaire.