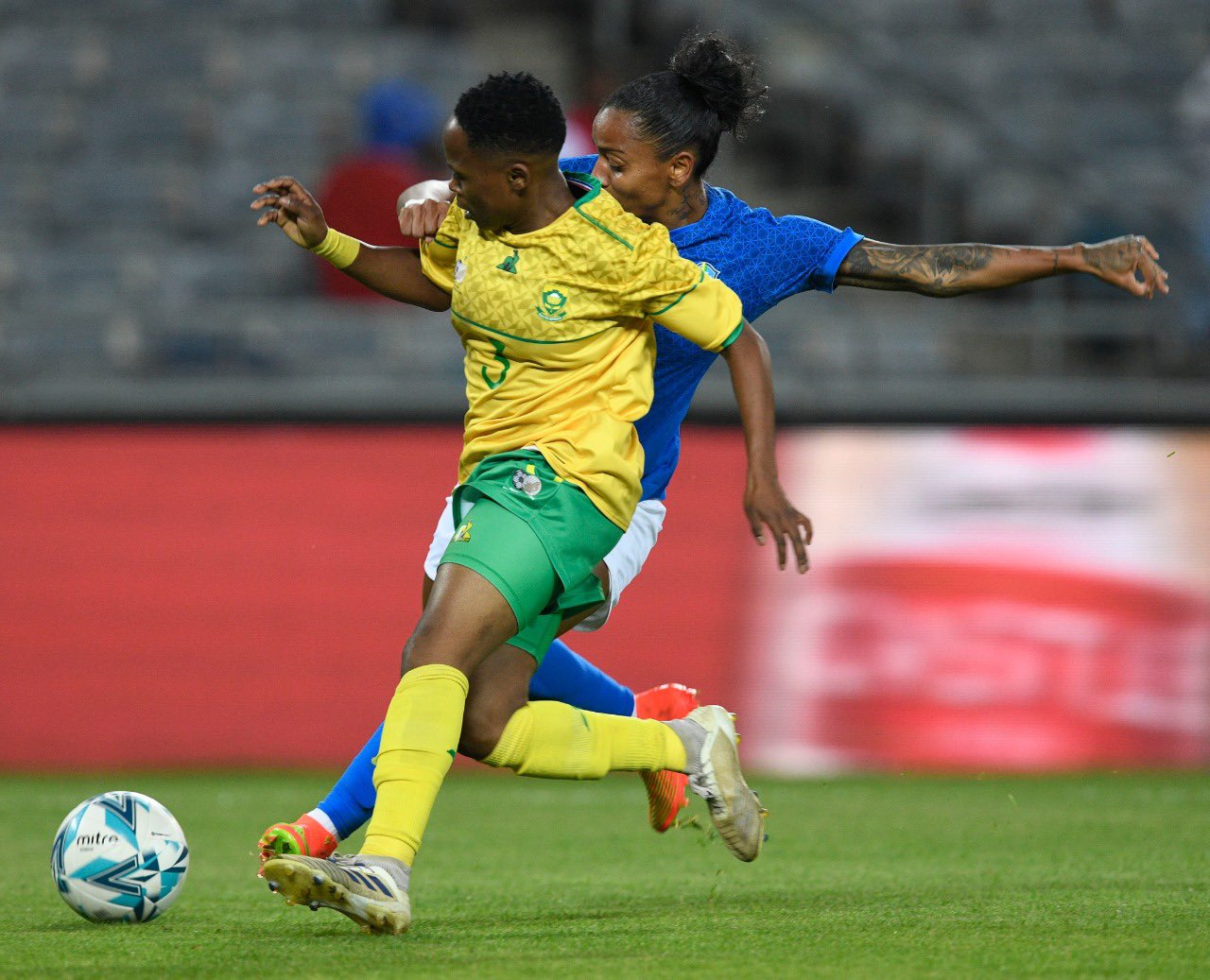 The match was the first of two international friendlies between the two countries, as they are currently in their early stages of the 2023 FIFA Women’s World Cup, set to be played in New Zealand and Australia. The second match will be played on Monday in Durban.

Brazil named a strong squad to face the Women's Africa Cup of Nations champions and their quality was displayed on the pitch.

The Brazilians took the lead five minutes from half time through Geyse. It was not long before they made it two, just before the break, as Adriana increased the lead. The visitors had a comfortable lead going into half-time and they got their third goal just after the hour-mark when Tamires rattled the back of the net.

Banyana Banyana were without the injured Themba Kgatlana, so a lot of the reliance was on Jermaine Seoposenwe, who recently made a move to Mexico after a successful stint in Portugal with Benfica.

Seoposenwe, as well as her teammates, were unable to breach the Brazilian defence.

South Africa will no doubt take valuable lessons from the match and work to ensure that they improve for the second match against Brazil.

It remains to be seen if Banyana Banyana head coach Desiree Ellis will make changes for the clash at Moses Mabhida Stadium on Monday. Ellis could look at giving some of the other players in the team a chance to prove themselves.