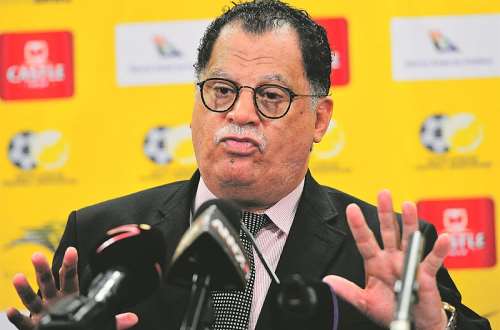 Danny Jordaan has been re-elected the president of the South African football association (SAFA), at a congress held in Sandton, Johannesburg.

The Safa presidential congress was held on Saturday afternoon, June 25, with Jordaan going up against Ria Ledwaba and Solly Mohlabeng for the hot seat.

After the votes were tallied, Jordaan won by a landslide, claiming 186 of the votes. Ledwaba received 27 votes and Mohlabeng was far behind on eight.

The victory means that the 70-year-old Jordaan will serve a third term as president of the association.

He was first elected as president in 2013 and came in with a lot of plans to change the face of South African football, which had gone backwards. But there are South Africans who believe that Jordaan has not taken football in the country forward and it remains to be seen what he will do in the next four years to take the country to the next level.

It appears the members of SAFA are convinced that Jordaan is still the right man to lead the governing body, looking at the big gap in the votes. After the congress, Jordaan celebrated with the members of the association, while Ledwaba and Mohlabeng looked dejected.