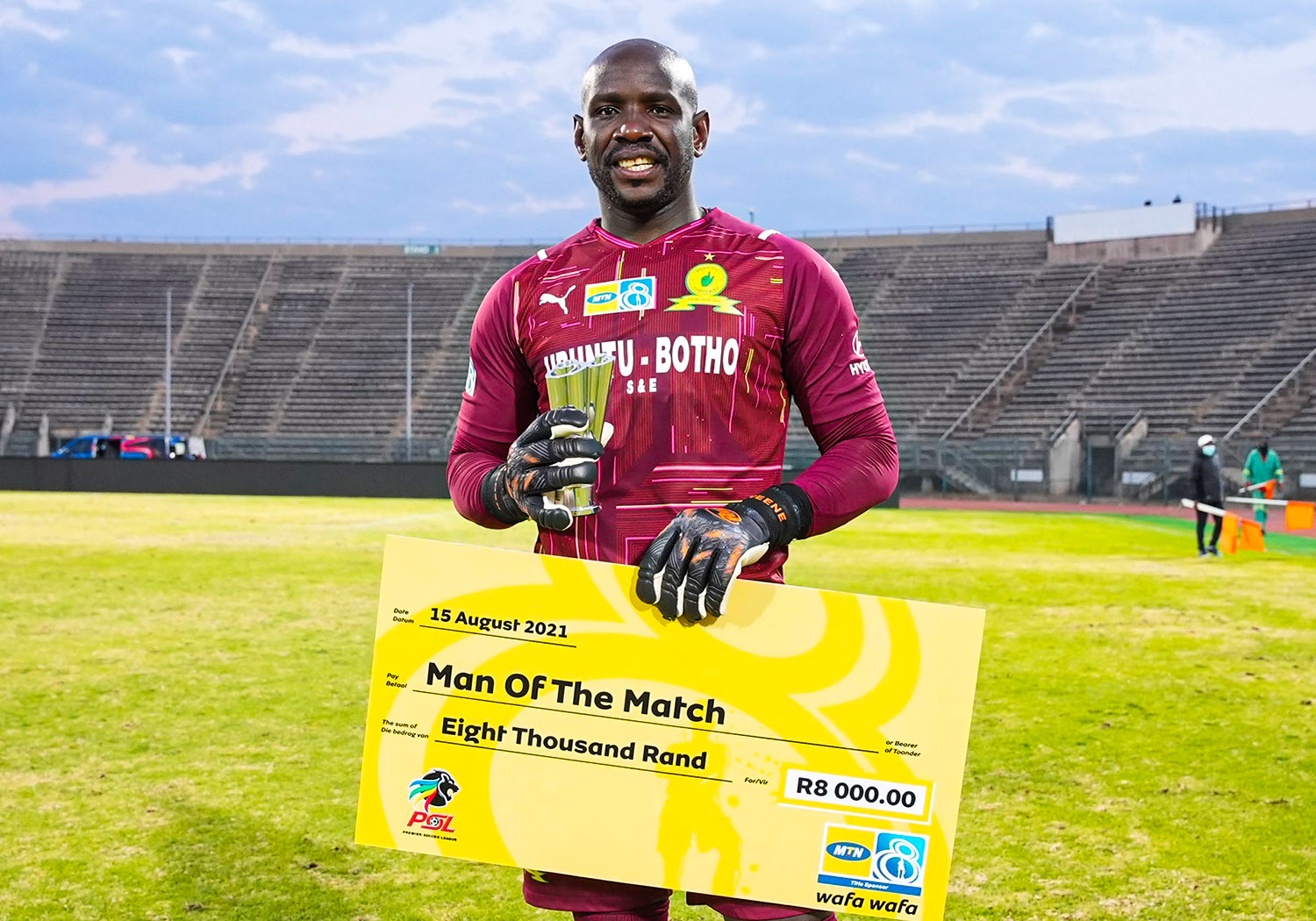 Kennedy Mweene was the hero for Mamelodi Sundowns against Kaizer Chiefs

The four semi-finalists of the MTN8 in South Africa have been confirmed after an entertaining round of last eight matches over the weekend.

The first match of the weekend saw Golden Arrows beating SuperSport United on penalties on Saturday, 14 August. The game finished 2-2 after extra-time and it had to be decided in a shootout, which Arrows won 4-3. Later on Saturday, Last season’s champions Pirates hosted Swallows at Orlando Stadium in the original Soweto derby. Swallows edged Pirates 2-1, thanks to a brace from striker Ruzaigh Gamildien.

On Sunday, August 15, Sundowns took on Chiefs at Lucas Moripe Stadium in an enthralling encounter. Sundowns took a 2-0 lead through Peter Shalulile and Themba Zwane, but Chiefs bounced back to make it 2-2, thanks to goals from Bernard Parker and Khama Billiat, which took the game to extra-time. The sides could not be separated during extra-time, so it had to be decided on penalties, with Sundowns goalkeeper Kennedy Mweene proving to be the hero with four saves.

Here's Itumeleng Khune's penalty save in the shootout that everyone's talking about, with the ball having crossed the line, which ultimately led to a red card for Sundowns coach Wendell Robinson.#MTN8 pic.twitter.com/uSonnSKGZG

In the final game of the weekend on Sunday, City beat AmaZulu 2-1 at Moses Mabhida Stadium. Terrence Mashego and Mduduzi Mdantsane scored the goals for City, while Lehlohonolo Majoro was on the scoresheet for AmaZulu

The semi-final draw was conducted immediately after the final game of the weekend. Arrows will take on Sundowns, while City and Swallows will lockhorns in the other semi-final.