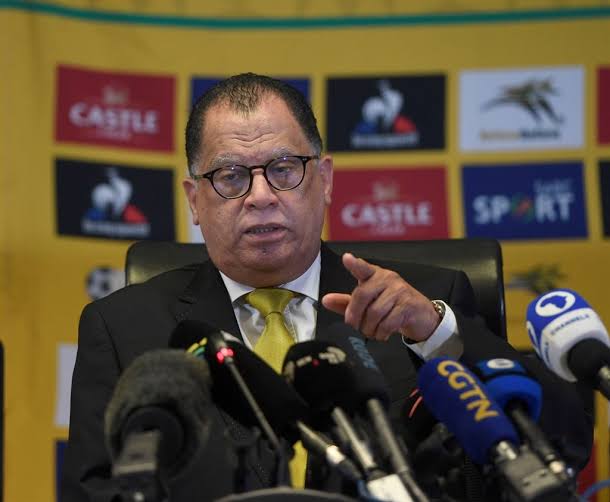 The three candidates who will be running for the South African football association (SAFA) presidency have been confirmed by the governance committee.

On Monday, 6 June, Dr Victor Mogajane – the chair of the committee – announced Dr Danny Jordaan, Ria Ledwaba and Solly Mohlabeng as the three successful candidates to run for the powerful position. It was confirmed that Nomsa Mahlangu’s candidacy was not successful.

Jordaan has been the president of Safa since 2015 and is now running for a third-term, while Ledwaba has been serving as his vice-president. Mohlabeng is currently serving as a regional president in Tshwane, the capital of South Africa. They will stand in the presidential election at the 25 June congress to be held in Johannesburg.

“We received about 65 nominees because in terms of the criteria we received for the president’s position, which is a contested area as we all know, four nominees came through in terms of the preliminary representation,” Dr Mogajane said.

“This was followed by the national list, which is 35 nominees, and lastly the provincial list, which is 26 nominees. So in total it is 65 nominees. We also looked at the women's representation, but unfortunately in terms of these results, there are more males, who are 52 while the females are 13.”

SAFA CEO Tebogo Mothlanthe said: “On the presidential candidates, the eligible candidates for the SAFA presidency based on the information received as follows: Dr Danny Jordaan, Mr Solly Mohlabeng and Ms Ria Ledwaba. Those are the names of the candidates that are eligible to stand,” he said.