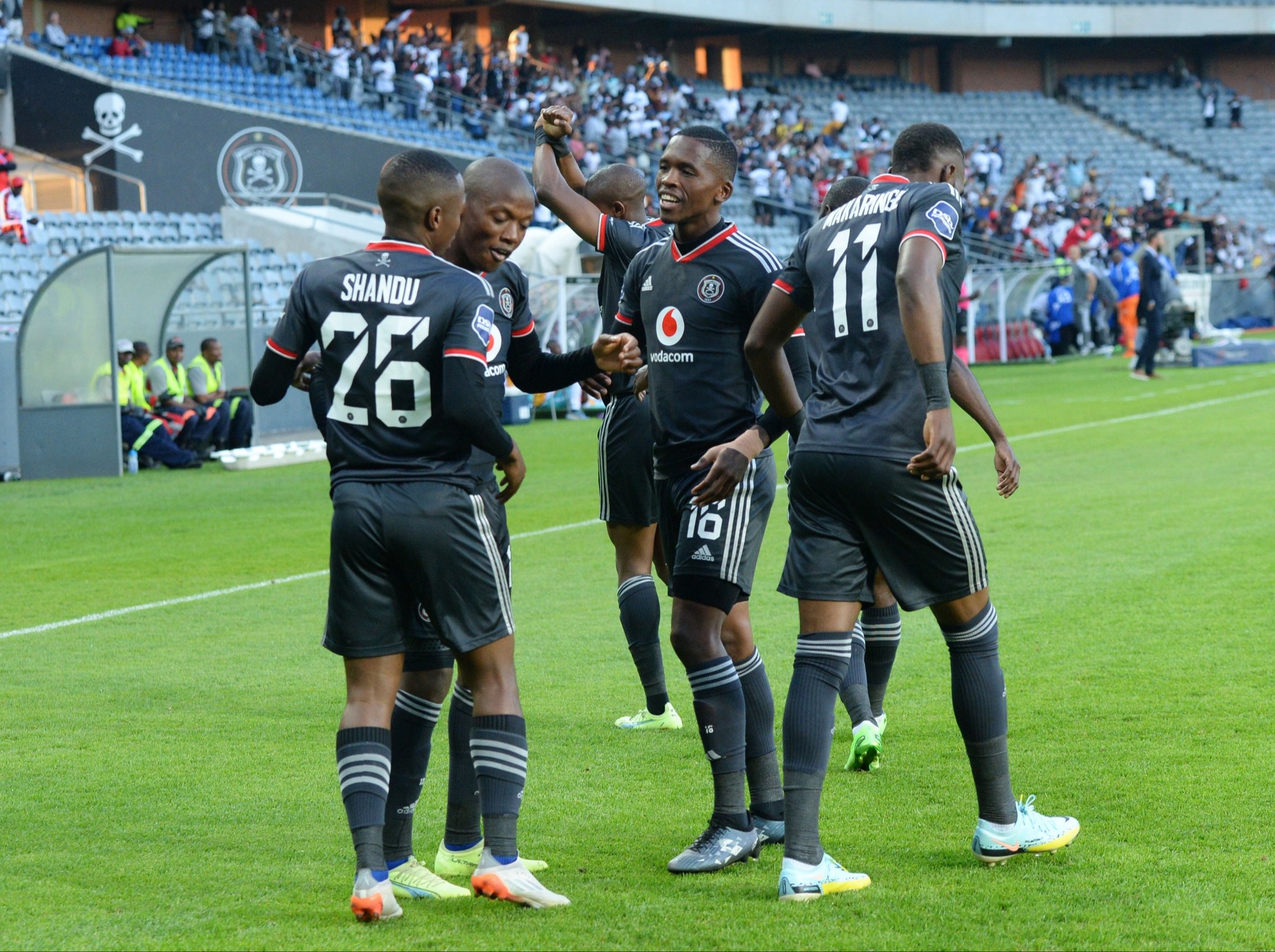 JThe race at the top of the DSTV Premiership standings in South Africa is slowly becoming a battle between the giants Mamelodi Sundowns and Orlando Pirates.

It’s still too early in the season to tell who will be in the title race towards the end of the campaign, but Sundowns and Pirates are creating excitement in the league, especially after they both registered victories in the Premiership over the past weekend.

Both sides were in action on Saturday, 10 September, winning their home matches. Sundowns were in action during the afternoon, beating a tough Golden Arrows side 2-1 at Tuks Stadium in the capital city of Pretoria. Namibian international Peter Shalulile opened the scoring for his sixth goal of the season before half-time, but Arrows equalized through their enterprising winger Pule9 Mmodi early in the second period. Siyavuya Ndlovu scored an own goal just before the hour-mark to hand Sundowns their fifth victory in eight matches. Sundowns are currently top of the standings on 16 points.

Second-placed Pirates secured a 2-0 victory over TS Galaxy at Orlando Stadium in Soweto. Striker Zakhele Lepasa bagged a brace for Pirates, inspiring the club to their fourth victory of the campaign.

Soweto giants Kaizer Chiefs continued to struggle on Sunday, 11 September, when they could only play out to a 1-1 draw with Limpopo side Marumo Gallants. Chiefs, who have now played seven matches, are currently in 14th place in the 16-team league.

Here are the standout goals from matchday 8 of the #DStvPrem. Whose goal is the best? 🤔@SamsungSA pic.twitter.com/kKTnKOExBn