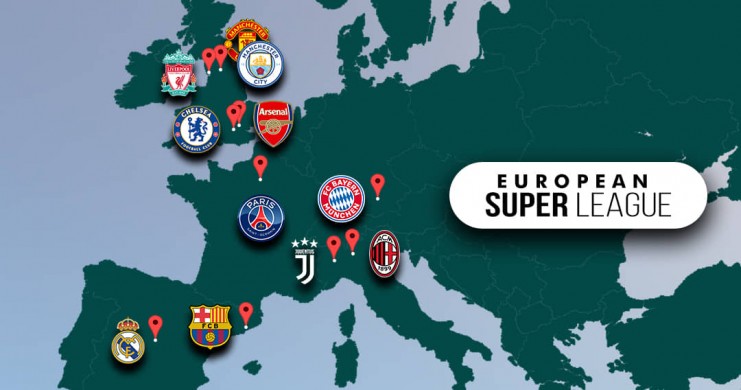 Twelve European clubs have decided to launch a new competition, the Super League, to compete with the Champions League. UEFA is threatening to sanction all clubs involved in the project.

The clubs will be grouped into two pools of 10. The top four from each group will play the quarter-finals. Indeed, there should be 15 permanent clubs and 5 clubs will qualify each season. According to European media reports, the winner will receive 355 million euros (232 billion FCFA). For the time being, PSG and Bayern Munich are not part of this Super League.

Member of this Super League, Barça president Joan Laporta expressed his position. "The Super League is an option, but there are other alternatives, such as, for example, a Super Club World Cup, alternating with the World Cup for national teams. I'm more on that side than on the side of a Super League," he told Spanish radio station Cadena Cope.
A women's version of the Super League will soon be created.

Faced with this situation, UEFA has decided to ban the clubs that will participate in this European Super League. These teams will no longer be able to participate in national championships and European competitions. In addition, the participating players will be banned from representing their national teams. Will these measures slow down the momentum of the 12 founding clubs of the Super League? It is likely to be a turbulent few weeks in European football.