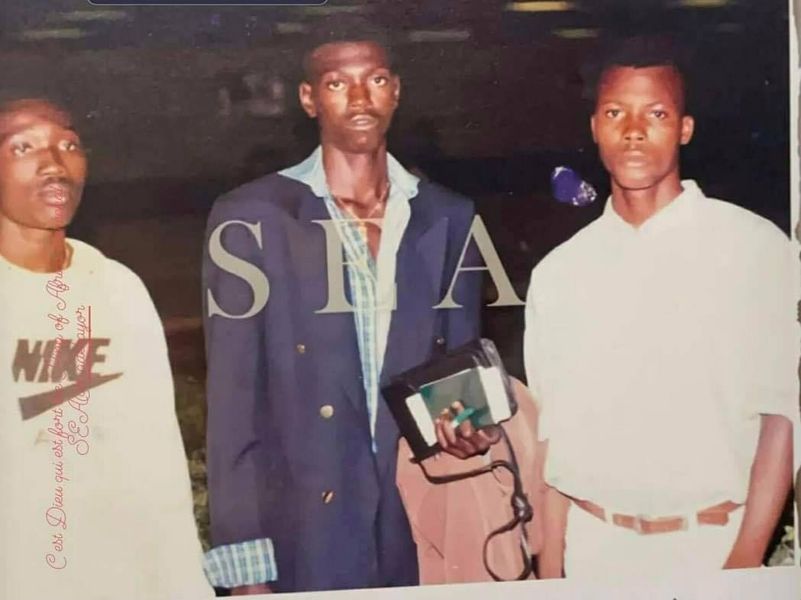 Emmanuel Adebayor is fighting back. The former captain of the Togo Hawks has reminded his detractors where he comes from.

Emmanuel Adebayor puts on his philosopher's coat. The former Togo captain has often been the victim of mockery and criticism from internet users, but he seems to be getting his revenge. Adebayor has posted an old photo of himself from his leaner days. "Yes, that's me in the middle. Modest beginnings. When I was like that, I didn't get advice and comments from the whole world. It was me, my little circle of friends and family. Today, no matter what I do or wear, I get comments, advice, insults from millions of people," wrote the former Arsenal player.

Emmanuel Adebayor, obviously does not like the criticism and mockery on social networks that he is often confronted with. "Every day people tell me how to dress, how to walk, how to invest my money, and even how to live. Life is funny. If you have any advice, comments etc for me or any other public figure; think twice. Remember you weren't there when they started their lives. Focus on your families, it's better!

A nice philosophy lesson. Especially after a difficult start, the Sparrowhawk has taken off and has played for some of the most prestigious clubs in the world. Real Madrid, Manchester City, Tottenham. As if, in life, one should never give up.

The 37-year-old Togo striker has been out of action since leaving Olimpia FC (D1 Paraguay) in February 2020, but has not yet announced his retirement. "Manu" intends to return to action. Where and when? For the moment, he is content to send out lessons on social networks.