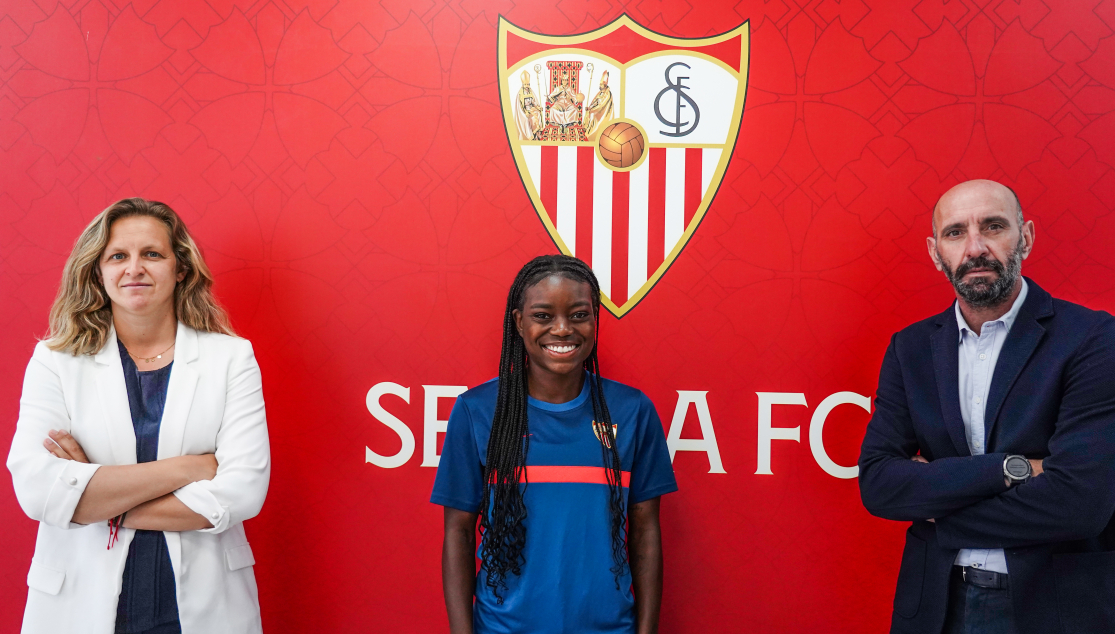 A new three-year deal has been handed to the experienced frontwoman, whose previous two-year deal expired this summer.

The 26-year-old has filled an important squad role at the Seville outfit, after signing on a initial one-year deal when her contract with Netherlands Eredivisie women's champions Ajax in 2018 before her two-year extension in 2019.

Having excelled in her previous three-year spell with Cristian Toro's side, the former Concacaf Women's U-17 winner has been handed a new three-year contract at Campo Huerto de la Mariana.

The American born Nigerian forward told Sevilla's official website: "I am excited and excited to continue here and thus be able to continue helping the team, I feel very comfortable in Seville.

"I have been here for three years, I like the club's project and I want to continue growing in this place."

Payne made 81 league appearances in the last three seasons for Sevilla, with 16 goals recorded by the Nigeria international.

She is expected to figure prominently again under Toro in the coming season, with the Spanish side delighted to be getting business done early this summer.

Reflecting on her career progress and the amibition of the club, she said: "I have learned a new style of football, I have improved a lot by learning from my coaches and my teammates and I want to continue doing so.

"When I arrived here we were fighting to stay in the Primera Iberdrola and now this year we are higher in the classification, it is an ambitious project and a big club.

"My goals with the team are to compete with any rival in the league and continue to improve, seeking to win three points each game to play the Cup of the year after year. Personally I have played with Nigeria this season and next season I want to continue doing it and with it improve in Seville. "