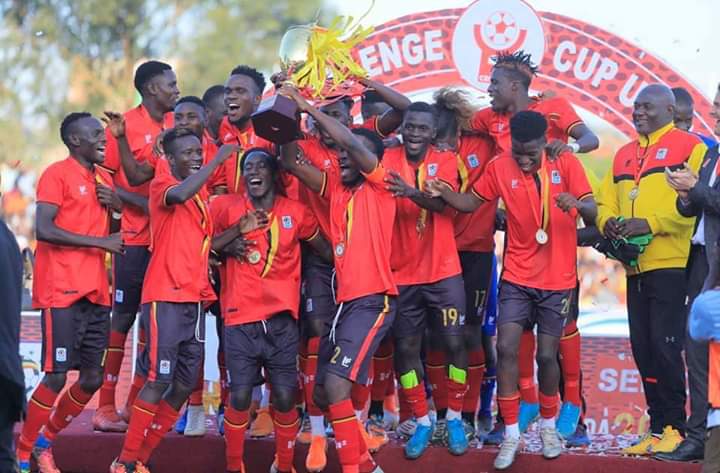 The 2021 calendar for the Council of East and Central Africa Football Associations (CECAFA) will start with the U-23 men’s Senior Challenge Cup.

Ethiopia will host the tournament in the town of Bahir Dar between July 3-18th.
Auka Gacheo, the CECAFA Executive Director on Thursday confirmed the dates for the five tournaments lined up for the year. “This time we shall have the U-23s play the Senior Challenge Cup We shall and all participating teams will have to pay US$20,000 which will help with the logistics of the tournament,” added Gacheo.

During the CECAFA meeting held in Rabat, Morocco in March this year ahead of the CAF elective Assembly, the members decided that the Challenge Cup is played by U-23s. Uganda defeated Eritrea 3-0 to lift the 2019 CECAFA Senior Challenge Cup when it was last played.

According to the calendar the Zonal qualifiers for the inaugural CAF Women’s Champions League for Clubs will be played in Kenya between July 17th to August 1st.
The regional CECAFA Kagame Club Championship which is partly supported by Rwanda President Paul Kagame will be the third tournament on the calendar to run between August 1-15th in Tanzania. The top teams in the region including Simba SC (Tanzania) who are already in the quarter finals of the CAF Champions League and Sudan’s Al Merreikh will all be expected to feature in the regional tournament.

Auka said the Federation of Uganda Football Associations (FUFA) has also indicated they will host the CECAFA U-20 Women’s Championship between Auhust 14-28th, while action will move to Djibouti for the CECAFA Senior Women’s Challenge Championship December 17-31st.

“We are hopeful that all the five tournaments will successfully be held in the five countries. We are working hand in hand with the Member Associations and CAF to make sure we have these tournaments,” added Auka