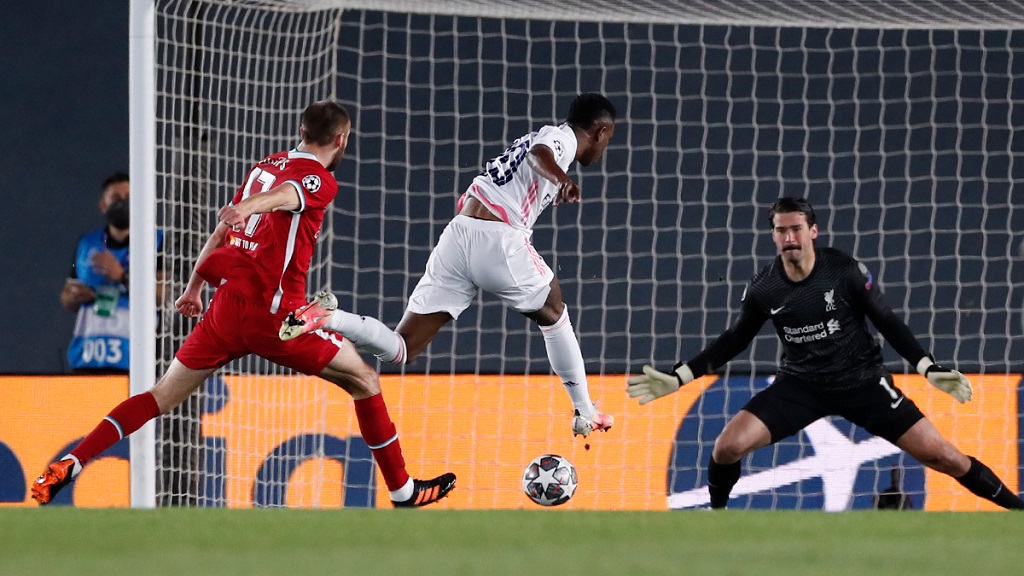 Madrid's early dominance was led by quick transition and short passing between Benzema, Asensio and Vinicius Jr, the reliable trio that has animated the team's attacking options this season.

Toni Kroos's excellent long range pass split through the entire Liverpool defense to find Vinicius Jr who buries the action with the opening goal 27 minutes into the game.

Marco Asensio doubled the lead nine minutes later (2-0, 36th). But Mohamed Salah reduced the score and gave England hope in the second half (2-1, 51st). It was a short-lived hope, however. When expectation lights shone on Benzema, it was Vinicius again who made sure the game was beyond reach for the visitors as he finished off a clean pass from Luca Modric around the penalty spot at the 65th minute to end Klopp's hope of a comeback on the night.

The return leg promises to be a hectic game as Liverpool's past history with Spanish clubs at Anfield leaves much hope for semi finals qualification.