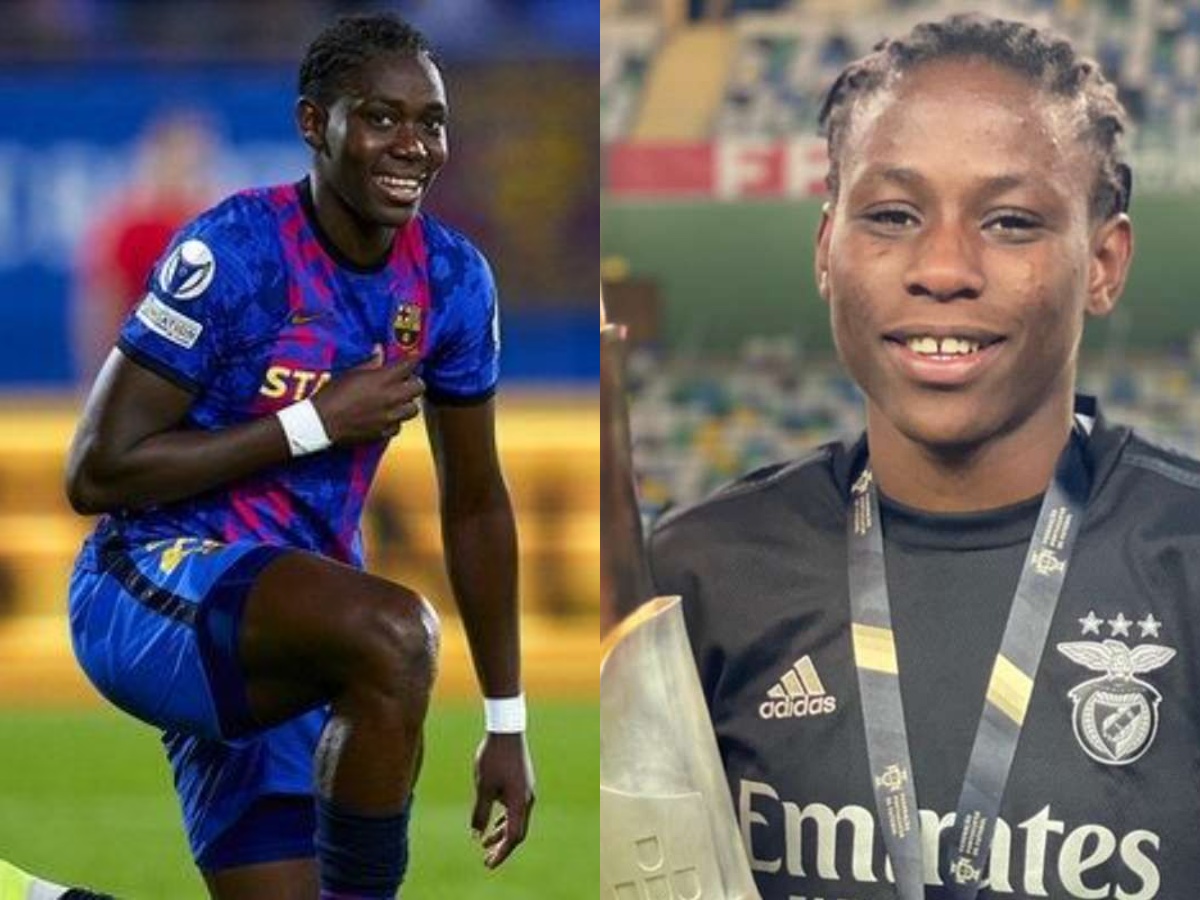 Cruishing from her seventh goal of the season in a 9-1 crushing of Deportivo Alaves, the Super Falcons captain went up against her former club for the first time in a competitive fixture with hopes of extending her fine form.

The Catalans did not disappoint as they got launched the campaign to defend their European title on a high despite early misses in the encounter through Graham Hansen, Oshoala and Martha Torrejon before Mariona Caldentey gave Jonatan Giraldez's side the crucial lead in the 31st minute off the Nigerian's assist.

Moments into half time break, Alexia Putellas fired past goalkeeper Manuela Zinsberger thanks to an assist from Oshoala on the back of a superb run into the Gunners' area.

In spite grabbing a brace of assist, the 27-year-old eventually got on the scorer's sheet three minutes into the second half of the contest after being aided by Caldentey but Frida Maanum got a 74th minute consolation for the visitors.

With six minutes left to go, Lieke Martens completed the triumph for reigning champions with her wonderful finish off an assist from Patri Guijarro. The latest goal saw Oshoala, who lasted 71 minutes took her tally to eight in her last five games in all competitions for the Spanish side.

Elsewhere, Christy Ucheibe shone in the colors of Portuguese giants SL Benfica as they forced Bayern Munich to a goalless draw in another Champions League group stage tie in Lisbon on Tuesday.

The former Nigeria youth international made a cameo appearance as she came on as a 84th minute replacement for Andreia Faria to help Filipa Patao's side gurantee a point against the Germans at Caixa Futebol Campus in Seixal.

With her latest appearance, the Super Falcons hopeful has now featured five times in the Champions League as her Portuguese side continues their incredible run in the European competition this season.

In their next Group D fixture, they will be guest to form champions Olympique Lyonnais on October 14. The tie comes up after their domestic meeting with Marítimo this weekend.