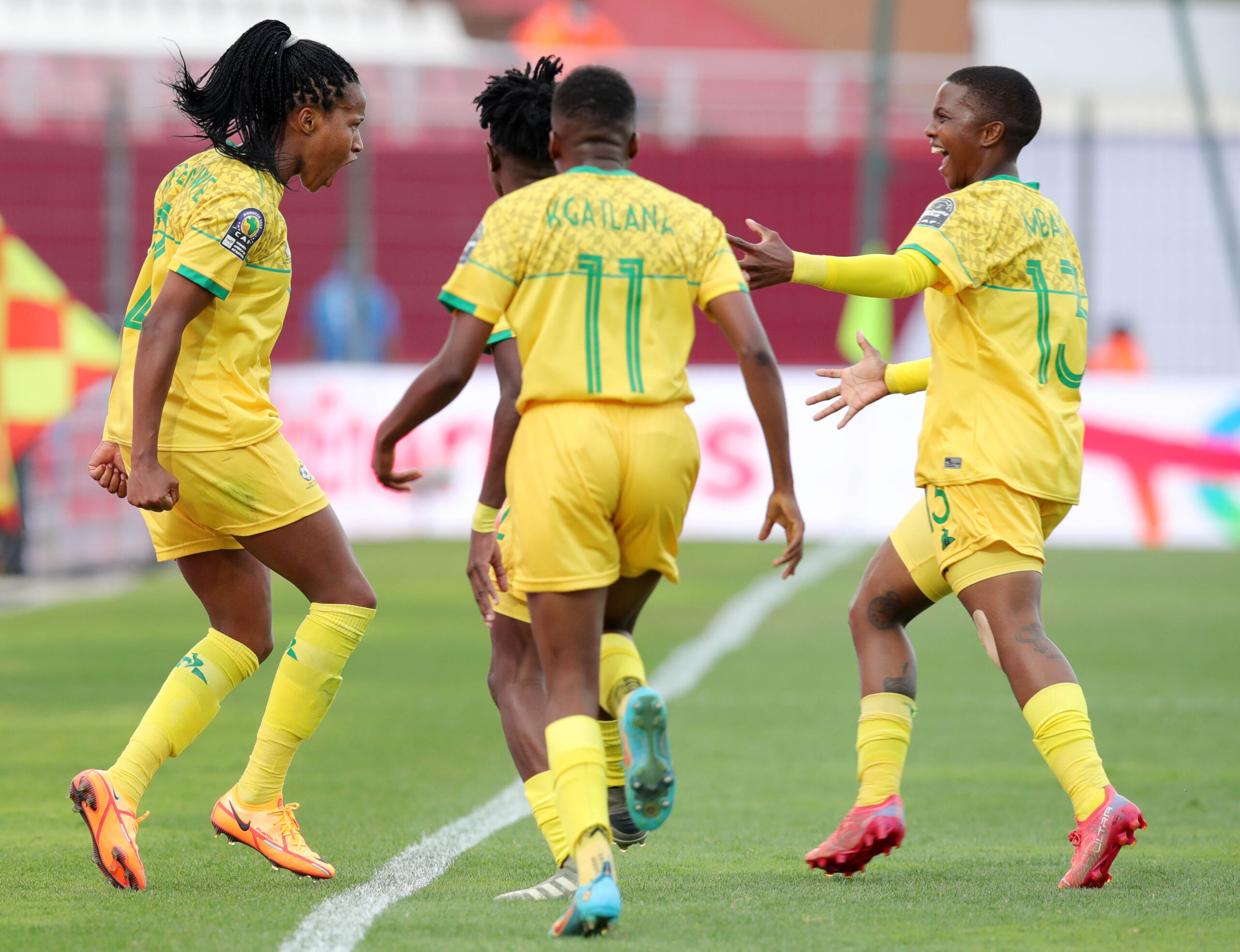 A match the entire continent was looking forward to at the Women’s Africa Cup of Nations (WAFCON) produced three goals, as South Africa edged Nigeria 2-1 in their opening group C tie played in Rabat on Monday, July 4.

Nigeria are the defending champions and are naturally seen as favourites to lift the title yet again, but the South Africans were in a class of their own as they registered a confidence boosting victory to ensure they start the competition on a high.

After a goalless first half, the back of the net was finally rattled when South Africa’s European based striker Jermaine Seoposenwe calmly slotted home the opener on the hour mark after she was played through by Noxolo Cesane. Seoposenwe showed great composure in front of goal to give South Africa, who are still in search of their first ever WAFCON title, the lead.

South Africa, who are affectionately known as Banyana Banyana, increased the lead two minutes later when Hildah Magaia was beautifully played through by captain Refiloe Jane. Magaia stayed onside and connected with a first time shot to make it 2-0.

Rasheedat Ajibade, who plays her football for Atletico Madrid in Spain, pulled one back for the Nigerians in the second minute of stoppage time, but it was a little too late as South Africa held on for all three points. Banyana Banyana kept Nigeria’s dangerous striker Asisat Oshoala at bay throughout the game.

South African midfielder Linda Motlhalo was named woman of the match after her impressive display in the middle of the park.