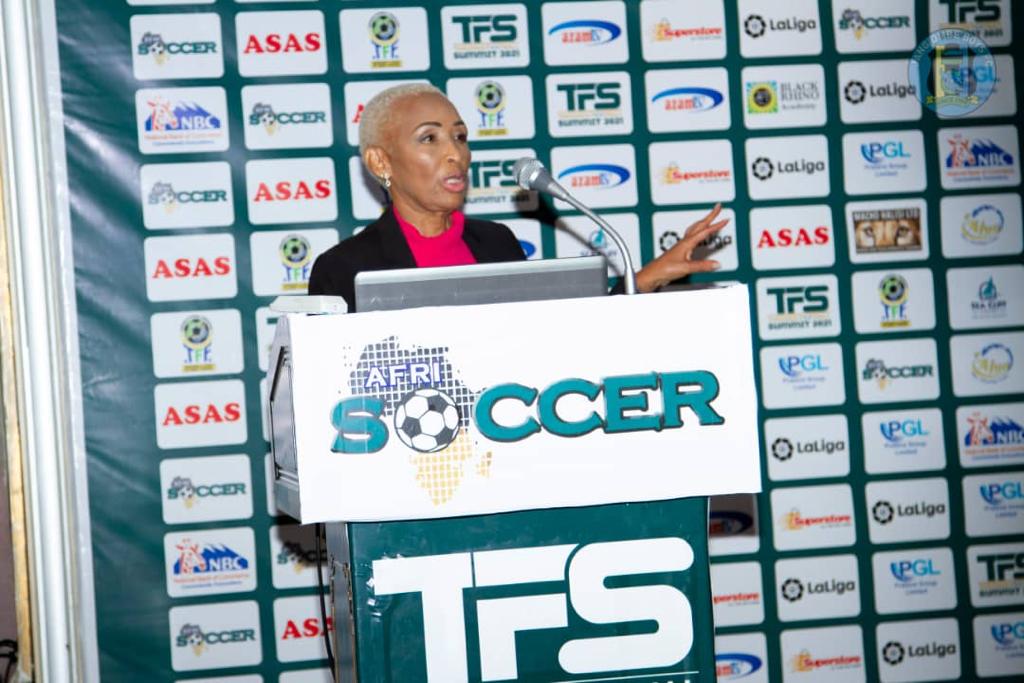 Ledwaba made it clear while speaking at the Tanzania Football Summit 2021 in Dar es Salaam last weekend that CAF should be applauded for this development.

This year CAF introduced the Women’s Champions League with the zonal qualifiers ongoing now before the finals to be hosted by Egypt.

“This is very good for women's football. The Member Associations, government and the corporate world should come and take care of these women’s teams,” added Ledwaba while making a presentation on the topic youth and women football.

She also stressed that it is high time that highly qualified women referees started handling top finals like in the CAF Champions League or even the Africa Cup of Nations or women coaches handling top men’s teams. “Men have been in football longer and we must learn from them,” she pointed out.

Ledwaba also made it clear that only women who have the qualifications should be appointed to key positions. She highlighted the aspect of sponsorship saying to attract support, an association or club must have a good image because sponsors don't want to be associated with scandals. “Women’s football needs both women and men to be able to achieve,” she added.

Martin Hammel, a coach developer and instructor at Leipzig University in Germany also pointed out that there is potential in women’s football in Africa that needs to be tapped. “More and more women are needed to play football in Africa and this calls for more coaching clinics for women as well,” added Hammel.

The Tanzania Football Summit, the first of it's kind in East and Central Africa was organized by AfroSoccer Consulting Limited, an exclusive sports management company in Tanzania.