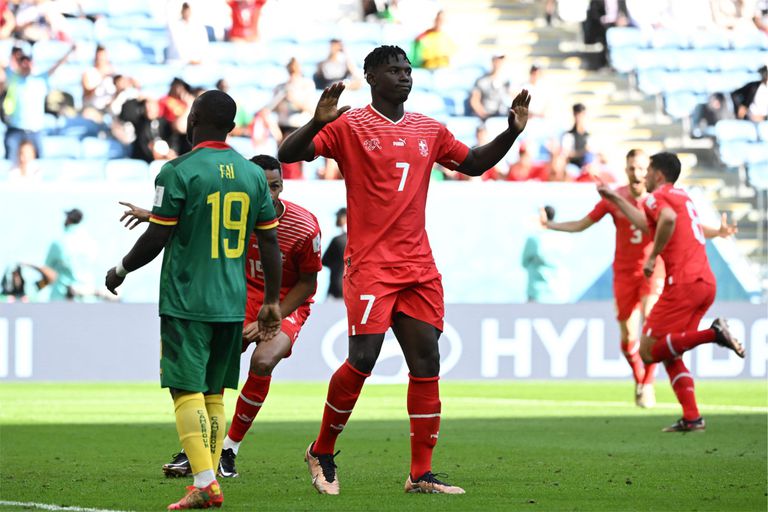 Another disillusionment of an African selection. Cameroon lost (1-0) to Switzerland in group G. Breel Embolo, born in Yaoundé, scored the only goal of the game.

Doha-Before the game against Cameroon, Breel Embolo was the most talked about player not because he is the star in Switzerland but simply because the striker is also Cameroonian by birth. Embolo was born in Yaoundé before he came to Switzerland through one of his uncles. His parents are still living in the country and he is hanging out with some Indomitable Lions when in Cameroon.

This Thursday, November 24, Embolo has "betrayed" his people. He is the one who allows Switzerland to win its first match of the group G.

Xherdan Shaqiri does a great job on the side, he then serves Embolo perfectly who puts up a simple but well placed short pass André Onana. 1-0 48th minute. Cameroon is caught cold. Embolo, who had just crucified his native country, refused to celebrate.

This is how to expose a team that is weak tactically. Passing from North,South,East and a goal!!!! pic.twitter.com/k7PgAtcanu

However, the Indomitable Lions had dominated the first half by creating good opportunities. Bryan Mbeumo (10th) and Karl Toko Ekambi (12th) all had chances to make the breakthrough in the first half.

Still no goal scored by the Africans
The matches follow one another and are similar for the African selections. After four outings in this World Cup, no African nation has yet scored. Senegal was beaten by the Netherlands (0-2, Morocco drew with Croatia (0-0). As Tunisia against Denmark (0-0).

The last representative of the continent, Ghana, enters the competition at 4 pm (GMT). It will be against Portugal of Cristiano Ronaldo.