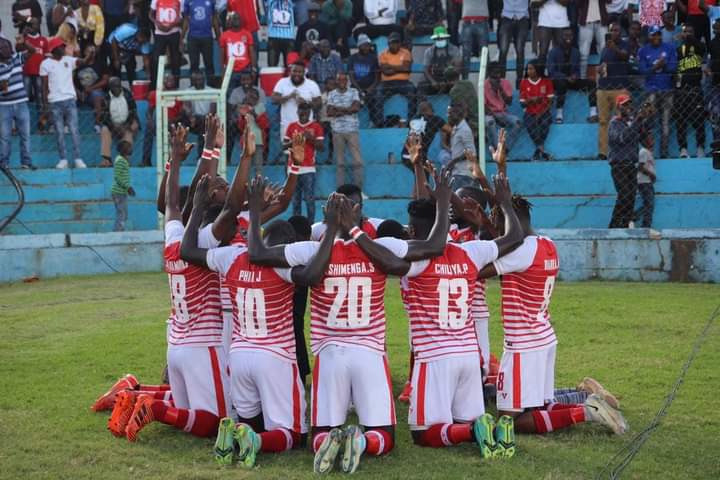 It’s taken them close to 20 years, but Zambian side Red Arrows have finally secured a second Super League title, beating giants Zesco United to earn the right to be called champions of 2021/22.

Arrows were ruthless in their 4-1 victory over Chambishi on Sunday, 24 April, as they sealed the title in fine style, with one match to spare in the season. It’s their first Super League title since clinching it back in 2004.

By winning the title, Arrows have dethroned Zesco, who are guaranteed to finish second on the standings. Zesco were held to a goalless draw by Nkwazi on Sunday and therefore missed out on defending the title they won last season.

Green Eagles, who are in third place on 56 points, will play in the CAF Confederation Cup next season.

Arrows have been impressive throughout the season, recording 19 victories in the matches they have played. They have drawn 10 and have been on the losing side only four times. During this period, the newly crowned champions have bagged 49 goals, making them the top scorers in the league.

They conceded 27 times, which is something they would probably want to improve on when they try to defend their title next season.