Zdravko Logarusic - Coach Zimbabwe: "Senegal is a power on the continent'' 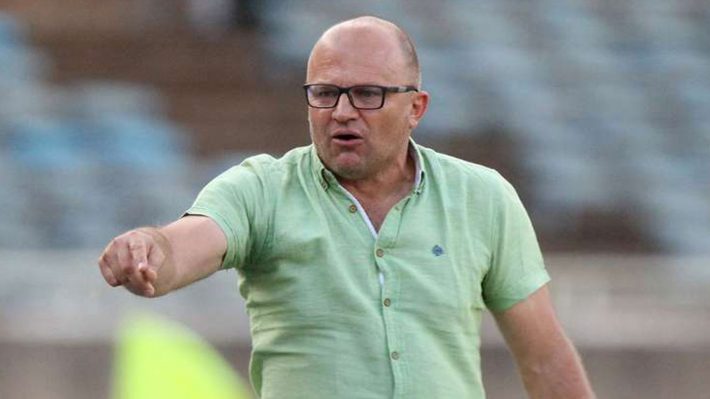 Zdravko Logarusic - Coach Zimbabwe: "Senegal is a power on the continent''

Senegal is a big favorite for this African Cup of Nations. So naturally, it is placed as the steamroller of the group B that it shares with Guinea, Malawi and Zimbabwe. But for the Warriors' national coach Zdravko Logarusic, no matter what the name, Zimbabwe is there to win.

Senegal is the scarecrow in pool B, which it shares with Guinea, Malawi and Zimbabwe. If the African runners-up are still considered potential winners at this AFCON tournament, which starts on 9 January - 6 February 2021, they will first have to get out of their seemingly easy group. Senegal, last edition's finalist must not take their foot off the gas when they face their opponents.

In Harare, they are worried about their status as Africa's top nation. The Zimbabwean coach is taking the first shot at the team. "I don't care who we play in this group," said Zdravko Logarusic. "We respect all the teams in this group," he added.

"We are not afraid of anyone. We qualified for the CAN like everyone else. This means that everyone is capable of playing good football," said Logarusic. "Football is changing. There are no more big or small teams. We are the Warriors. And we are ready to fight," the coach continued. But the reality of the field is the only judge of its strength. And the post-draw or pre-match speeches have to materialize on the pitch.

"Guinea is always faithful to its game"

Just like at the 2017 Africa Cup of Nations, Senegal will meet the Warriors again. In the group match, Senegal had notably beaten Zimbabwe (by 2-0). Four years later, Senegal keeps almost the same players. The Zimbabwean team is getting stronger with a new generation symbolized by Tino Kadawere of Olympique Lyonnais. But the fact remains that Senegal's squad is one of the best on the continent. Coach Zdravko agrees: "Senegal is a power on the continent. Senegal has one of the biggest stars in Africa: Sadio Mané of Liverpool," said the Croatian.

About Guinea, he notes. "Guinea is always faithful to its game. They (the Guineans) are always very strong," he said. What about Malawi? "They are a good team. We are all qualified for this finals so we have an equal chance. We want to break the spell and do better than our previous campaigns," concluded the Zimbabwe coach.