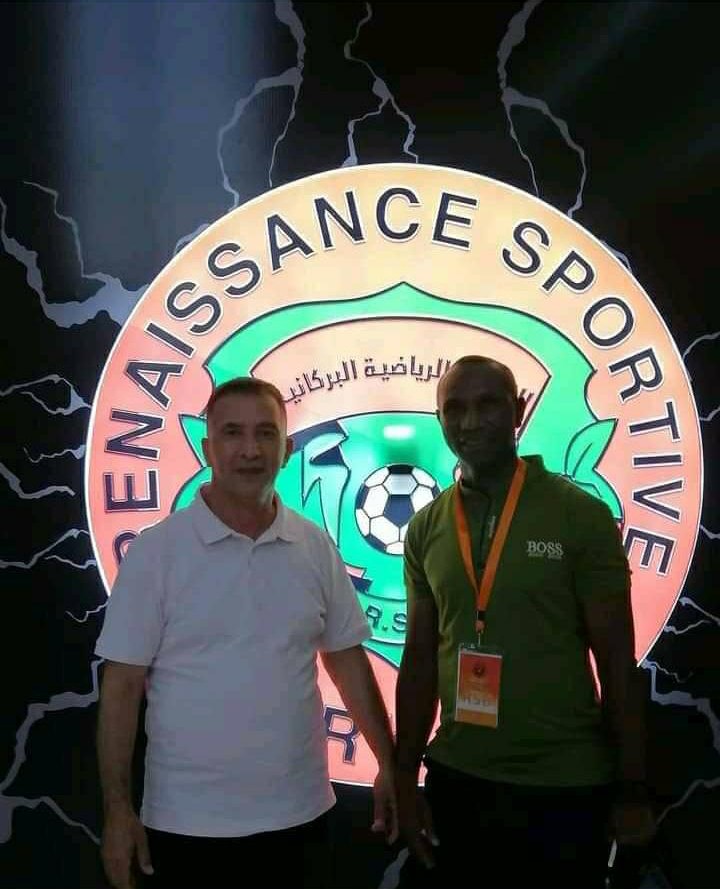 He has not been idle for long. Less than a week after his dismissal from Congolese club Association Sportive (AS) Vita Club, Jean Florent Ibenge has found a new home. The Congolese technician has signed with the Renaissance sportive (RS) Berkane of Morocco. He was officially presented on Monday 5 July. According to our information, he signed a two-year contract and is expected to earn 50,000 US dollars per month.

The news of his hiring was announced by the club on Sunday via a statement published on social networks. It was on the sidelines of the match RS Berkane vs Olympique de Safi game (3-0), counting for the 25th day of the Moroccan championship. "The new coach of the team is present at the stadium," the statement said.

Florent Ibenge replaces the Moroccan-Spanish Juan Pedro Benali, who was sacked on 23 June, just three months after his arrival at the club, because of the poor results of the Orange under his leadership.

With Florent Ibenge in charge, RS Berkane aim to write a new page in their history with trophies. Winners of the 2019-2020 Confederation Cup, the club was eliminated for the current campaign in the group stage. It finished third in its group behind JS Kabylie of Algeria (12 points) and Coton Sport Garoua of Cameroon (9 points). In the league, Berkane is only fifth with 33 points and has already said goodbye to the title with 24 points behind the leader, Wydad Athletic of Casablanca, with five games to go.

The team can still go for the podium which is eleven points away with a third place qualifying for the next one. Pipe of the co federation currently occupied by AS FAR which has 44 points. Something that seems to be complicated when there are only fifteen points left to take before the end of the championship.

Florent Ibenge will be at his first experience outside the DRC, the only country where he has coached since his return to Africa in 2012 from China.

In the DRC, Ibenge has coached AS Vita Club for nine years. With this team, he won two DRC championship titles (2015 and 2018) and played in two African Cup finals (lost successively to Entente Setifienne of Algeria in 2014, for the Champions League, and to Raja of Casablanca in 2018, for the CAF Cup).

Florent Ibenge also coached the DRC's senior and junior teams between 2014 and 2019. With the Leopards A', he won the 2016 African Nations Championship (CHAN) in Rwanda and with the senior team he was bronze medalist at the 2015 African Cup of Nations in Equatorial Guinea.