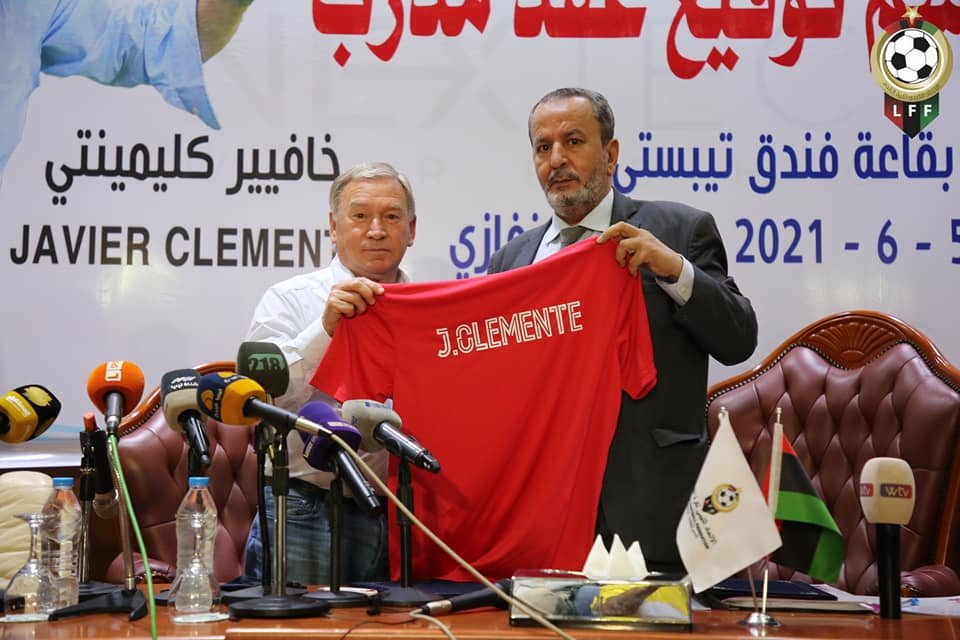 The Libyan Football Federation (LFF) has signed Javier Clemente as the new head coach of the national team, Mediterranean Knights.

Clemente, a Spanish trained coach makes his return to handle Libya after he guided their team to the 2014 Africa Nations Cup (CHAN) triumph.

“We are happy to have Clemente back because he knows Libya well enough,” said LFF President Abdulhakim Al Shalmani during the unveiling ceremony in Benghazi, Libya.

Clemente’s first task will be to guide the Mediterranean Knights in the preliminary round of the 2021 FIFA Arab Cup against Sudan to be played on June 19th in Doha, Qatar.

He will later lead the Libyan team in the FIFA World Cup 2022 qualifiers starting in September where they are pooled alongside Egypt, Gabon and Angola in Group F.

The Libya Football body sacked Clemente in 2016 after the Mediterranean Knights’ lost 4-0 to the Democratic Republic of Congo in the FIFA World Cup 2018 qualifiers.

Filipovic was in charge of the Libyan team for less than six months where the team 5-2 at home to Tunisia and 1-0 in Tanzania in the Total Africa Cup of Nations (AFCON) to finish bottom of Group J.