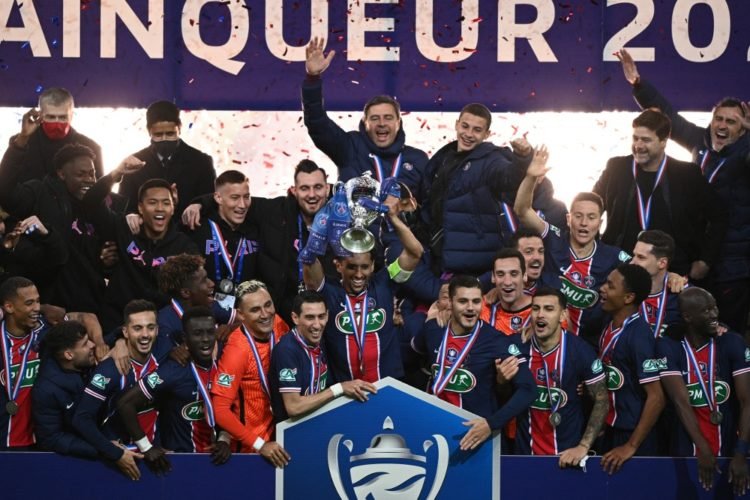 On Wednesday night, PSG won their 14th French Cup ahead of Monaco. A good move for the Caoital side ahead of the mind blowing League title mix in the Ligue 1 this Sunday.

Senegalese international Idrissa Gana Guèye's PSG will end their season with at least one major trophy. Thanks to Icardi (19th) and Mbappé (81st), Mauricio Pochettino's men dominated (2-0) Monaco to win the 2021 edition of the French Cup, the second in a row.

Monaco had a great card to play. The team (3rd, 77 pts, with one day to go) is in full swing in the league. They were beaten 3-0 by PSG in the first leg and 2-0 in the second in Ligue 1, so they had a psychological disadvantage as well.

Paris Saint Germain missed out on the Uefa Champions League, a trophy that was on top of their priority list for the season. The team lost in last year's finals and really hoped to compensate for that loss this season but were eliminated at the semi finals to Manchester City. Paris now had her attention on the French cup so as to escape going through a trophy-less season. In the Ligue 1, they are trailing Lille who have all the chances of being crown French Champions this Sunday.