His advice to the Chelsea star comes after President Akufo-Addo charged the Minister of Youth and Sports, Mustapha Ussif, and other stakeholders to persuade the 20-year-old player to play for the Blackstars.

Charles Taylor in an interview with Accra-based radio station, however, encouraged the Chelsea winger to ditch the offer by Ghana and continue with the Three Lions of England.

Meanwhile, Hudson has already made his intention clear on whether he will play for the Blackstars or not.
In a recent engagement with Chelsea supporters in Accra, the player made known that he had already set his mind on playing for England.

“I think obviously when you’re young, you have the opportunity to play for England throughout all the years, from under 15 to under 16 all the way up."

“When they obviously gave me the opportunity to come, I was in the country already. It’s something that I already had in my mind, set on already playing for England.”

“So it was the thing obviously choosing Ghana or England, and at the end of the day, I said I always had the right people around me who always advise me – what’s right, what’s wrong."

“England came and I said yeah, let me go and play for my country. But I said Ghana is my home as well, so we’ll see, we’ll see. You’ll never know. Anything can happen”

The 20-year-old is of Ghanaian descent. His father, Bismark Odoi, played for Ghana Premier League giants Hearts of Oak in the 90s before relocating to England.

Hudson Odoi has already played three times for England, however, a change to FIFA's eligibility rules means he can still switch to Ghana in 2022. 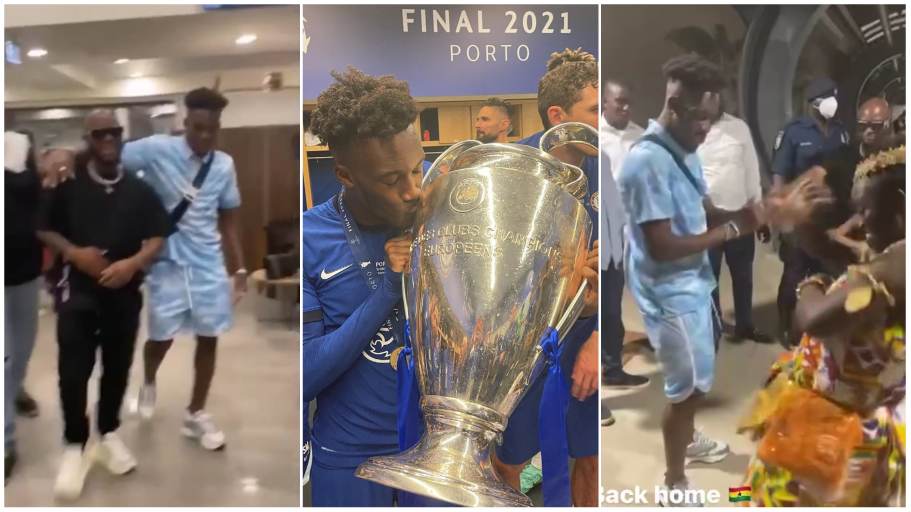